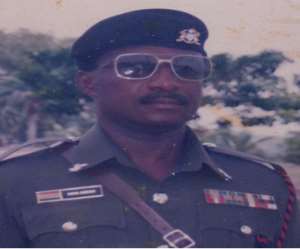 Regimental Sergeant Major (RSM) is an appointment held by Warrant Officers Class 1 (WO1) in the British Army, the British Royal Marines and in the armies of many Commonwealth and former Commonwealth nations, including Ireland, Australia and New Zealand; and by Chief Warrant Officers (CWO) in the Canadian Forces and recently the Ghana Armed Forces.

No more than one WO1/CWO holds the appointment of RSM in a regiment or battalion, making him the Senior Warrant Officer however in a unit with more than one WO1, the RSM is considered to be "first amongst equals".

The RSM is primarily responsible for maintaining standards and discipline and acts as a parental figure to his or her subordinates and also to junior officers, even though they technically outrank the RSM.

There is a military story which states an RSM was talking to a group of Officer Cadets. "Gentlemen, despite the fact that you are officer cadets, you will call me 'Sir' and I will call you 'Sir'. The only requirement I demand of you will be that you will mean it."

In practice, the Regimental Sergeant Major is referred to by all and sundry as "The RSM" in spite of this, this preserve of address as "RSM" falls within the purview of only and by the Commanding Officer. Other officers refer to him as "Mister ..." and all non-commissioned ranks (as well as officer cadets) address him as "Sir" or as "Mister ..., Sir".

The Regimental Sergeant Major plays a distinctive function in the life of an artillery regiment. As the senior enlisted man in the regiment he is directly and unreservedly responsible to the Commanding Officer and usually has his office close to the CO's.

It must be noted that during peacetime, his duties are have to do with discipline, training and administration. However during war, his duties are expanded to take account of ammunition resupply, assisting the Adjutant in manning the fire orders net (which is concerned with the control of ammunition expenditure), assisting in the deployment of RHQ vehicles and personnel in action, coordinating local defense of RHQ area and overseeing the processing of POWs who are sent to RHQ from batteries.

By tradition, promotion to RSM is by merit and selection, not by seniority. The RSM is required to have a commanding personality and have the confidence of both the officers and non-commissioned ranks. He must excel and stand out in all the necessary attributes of a soldier of any rank from Gunner to Warrant Officer Class One (WO1) comprising a combination of promotion exams and experience.

In time of war, promotion to WO1 and appointment as Regimental Sergeant Major (or any other rank and appointment) can take place exclusive of any or all of the peacetime fundamentals, as determined by the exigencies of the Service.

The duration of an appointment as RSM is influenced by the CO but is usually determined by higher command. Barring accidents, reorganizations and enemy action, a Regimental Sergeant Major might expect to serve for the duration of an emergency with his unit since he is the 'binding glue' that holds the unit together.

Despite the fact that officers tend to be posted frequently, an RSM stays with his Regiment and is considered and thought about to embody much of the spirit of the Regiment. It is for this reason that individuals appointed to this position are of the highest caliber.