We are breaking away from Ghana – Volta region group 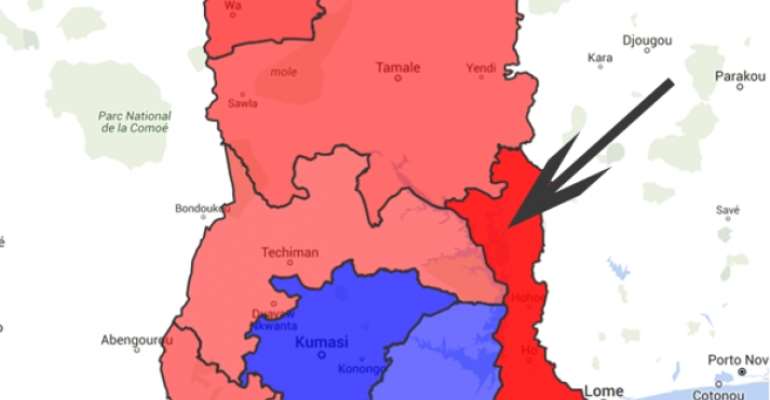 A group known as the Homeland Study Group Foundation based in Ho is demanding the secession of the Volta Region and parts of the Northern and Upper East Regions from Ghana to become the Western Togoland state as soon as possible.

The demand runs contrary to the prevailing international order of globalisation which rather facilitates the integration of states and nations into political and economic blocs.

In an argument, the group claimed that residents of the Western Togoland voted to become a union with the Gold Coast (now Ghana) but the union had not been established up till now and that Ghana opted to be a unitary state under the plebiscite in 1956 [referendum] to be in union with a common constitution with the WesternTogoland and the Gold Coast but there had been no unionized constitution up to date.

The group further claimed that the Western Togoland was not incorporated in the act establishing the Gold Coast by Queen Elisabeth of the United Kingdom.

The need for sovereignty
It therefore called for the declaration of Western Togoland which is perceived as stretching from Kulungugu in the Upper East Region to Keta in the Southern coast by the Atlantic ocean as a sovereign state.

According to the group the Gold Coast voted to be a unitary state on July 12, 1956 while the Western Togoland voted to be in union with Ghana on July 9, 1956 and that the union had not been established till now.

Speaking exclusively to Graphic Online at the sidelines of the annual congress and lecture of the homeland study group at the auditorium of the Volta Regional House of Chiefs in Ho, the chairman and convenor of the secessionist group , Mr Charles Kormi Kudjordjie, said the group had no intention of creating any turmoil in the country and that the agitation was to be pursued in a peaceful manner.

'This is the beginning of the united effort of exerting final pressure to extricate ourselves from over 50 years span of un-established union with Ghana which has not yielded any benefits - social, economic and financial security to the common people of the land," Mr Kudjordjie stated.

'The time is now to execute a common plan of action to come out of serfdom as some wise men and women did before under various autocracies the world over. Our wise men and women are again ready to strategise for the formula for coming out of the serfdom sooner than later. This congress is the launch pad for the missile attack at all fronts for independence. Whether it is here now, today, tomorrow is matter of choice that must not be delayed, but pursued vigorously', Mr Kudjordjoe declared.

He said the group was positioned to avoid all errors of misrule of former affiliation and assured that there was enough capital, human and material resources to plan policies towards better technological skilled manpower development for brighter economic attainment of the new state.

Mr Kudjordjie said the people of Western Togoland had no legal basis to be part of Ghana and that the time to act was now to save the future generation.

In a welcoming address, the vice chairman of the homeland study group, Mr Gotthold Yao Agra, said the Western Togoland was clandestinely removed at all levels of education in Ghana with the view to creating a vacuum that will consume the identity as a state among United Nations, African Union and the Economic Community of West African States(ECOWAS ) and other international organisations.