EU to support regional programmes in Southern, Eastern Africa and the Indian Ocean with more than €1.3 billion 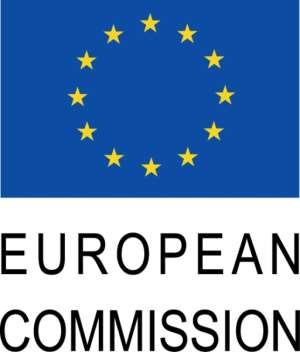 The so-called Regional Indicative Programme (RIP) under the 11th European Development Fund (EDF) amounts to a total of more than €1.3 billion. Co-signatories were the Secretaries General and Executive Secretaries of five regional organisations, representing 29 African countries.

Commissioner Mimica commented: “The regional organisations are very important partners for the EU in our cooperation with Africa – the fact that our funding to South and East Africa and the Indian Ocean has more than doubled since the last financing period is clear proof of that. We will now be able to launch programmes in key sectors of regional cooperation such as peace and security, economic integration and the management of natural resources.”

The Regional Indicative Programme was co-signed by:

The regional funding to Southern, Eastern Africa and the Indian Ocean will target three priority areas in the region.

First, it will foster peace, security and regional stability, helping to prevent and manage conflict, and address security threats in a region of key strategic importance for Europe. This complements EU efforts to enhance resilience and tackle the root causes of migration.

Secondly, it will promote regional economic integration and trade facilitation, by integrating markets, promoting investment and improving production capacities, including the development of infrastructures.

The European Development Fund (EDF) is the main instrument for EU aid for development cooperation with the African, Caribbean, and Pacific countries (ACP) and is funded with contributions from the EU Member States. Regional Indicative Programmesrepresent an important step in the programming of EU aid under the EDF, complementing the National Indicative Programmes concluded with national governments of ACP states. Preparations are done in close cooperation with the regional organizations so as to ensure that the programmes support their priorities where the EU has a value added.

Today's signing took place at the European Development Days in Brussels: Europe's leading forum on global development and cooperation, bringing together 5,000 participants to find practical solutions to some of the world's most pressing problems.

The 2015 edition of European Development Days comes at a critical juncture for the future of the planet, with key decisions on the follow-up to the Millennium Development Goals (MDGs) to be taken at the Financing for Development Conference in July, the United Nations General Assembly in September and ambitious new goals to combat global warming expected in December.

European Development Days is the flagship event of the European Year for Development, whose motto – 'our world, our dignity, our future' - is reflected in the main themes of the Brussels forum.