What Next After Mother’s Day? 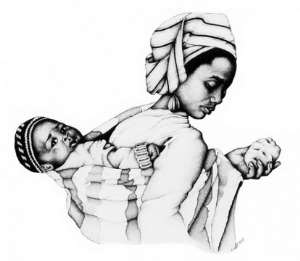 Origin of Mother's Day goes back to the era of ancient Greek and Romans. But the roots of Mother's Day history can also be traced in UK where a Mothering Sunday was celebrated much before the festival saw the light of the day in US. However, the celebration of the festival as it is seen today is a recent phenomenon and not even a hundred years old.

Thanks to the hard work of the pioneering women of their times, Julia Ward Howe and Anna Jarvis that the day came into existence. Today the festival of Mothers day is celebrated across 46 countries (though on different dates) and is a hugely popular affair. Millions of people across the globe take the day as an opportunity to honor their mothers, thank them for their efforts in giving them life, raising them and being their constant support and well wisher.

Today Mothers Day is celebrated in several countries across the globe. People take the day as an opportunity to pay tribute to their mothers and thank them for all their love and support. The day has become hugely popular and in several countries phone lines witness maximum traffic. There is also a tradition of gifting flowers, cards and other gifts to mothers on the Mothers Day. The festival has become commercialized to a great extent. Florists, card manufacturers and gift sellers see huge business potential in the day and make good money through a rigorous advertising campaign among others.

Many controversies have been arising since the celebration of mother’s day by groups and individuals all over the world. Most of these controversies center on the dedication of only one day to show appreciation to one’s mother for her care and support throughout the person’s life.

It is obvious to see young ladies maltreat their mothers at homes particularly in performing of household chores but such persons tend to appreciate their love for their mothers on mother’s day by presenting to them numerous gifts amongst others. The question here is ‘are those gifts necessary on the mother’s day at all? The fact is if as a young lady, you disrespect your mother for Three Hundred And Sixty Four (364) days and use only one day to show appreciation in a year to your mom, logically the celebration of mothers should take another view.

Also, some women are been sent to the witches camp for superstitious beliefs and false accusations from family members and other relatives. These women toil for the rest of their lives in such camps deprived of family support and care, access to their own children and denied of properties but live in an inhuman condition amongst other adverse environments. During mother’s day, most philanthropists and other benevolent groups and individuals donate varied items to such women at the camp. This is a laudable idea to make them feel cared for by the society and family members but the question here is ‘do these women really appreciate such gifts since some are being sent there for false accusations and family grudges over properties?

More so, some people on the other hand celebrate other ‘mothers’ instead of their biological mothers owing to factors militating against their relationships. Mother’s day is supposed to be used to iron out such differences in order to come together but that is not seen in most Ghanaian societies, instead the appreciation is given to other people they feel deserve it though mother’s day is set for all women.

In a nutshell, it is an undisputable fact that mother’s day should be celebrated considering its importance but much concern should be placed on how it is celebrated and the impact it has on families, communities, and the nation at large. Issues pertaining to mother-child relations should be addressed to ensure such cordial relationship that needs to exist between the two before, during and after mother’s day celebration.

It is against this background that Center of Posterity Interest Organisation is advocating for the prevention of the inhuman treatment meted out to some women especially the aged in various societies that subsequently lead them to witch camps. Center of Posterity Interest Organisation (COPIO) is a member of Anti-Witchcraft Campaign Coalition-Ghana (AWACC-Ghana) with the special interest of undertaking projects and programs to empower the livelihoods of the Ghanaian vulnerable in both rural and urban areas.