8 Nigerian pirates to be processed for court 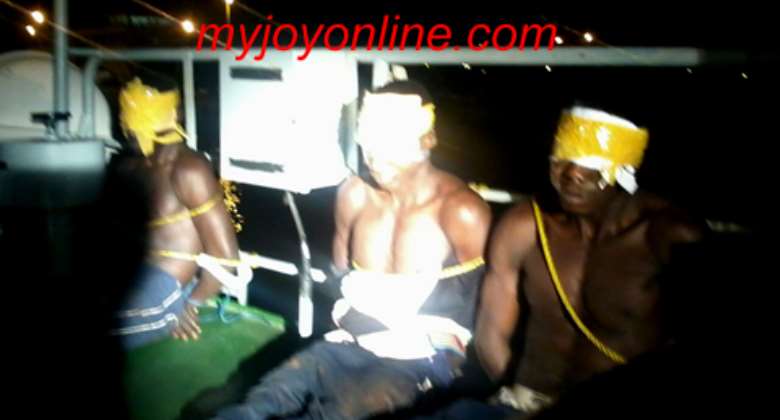 Eight Nigerian high sea robbers  were arrested last Saturday by the Eastern Naval Command of the Ghana Navy in Tema, for hijacking a fuel vessel in Nigeria.

The suspects are alleged to have hijacked the ship in Nigeria and demanded a huge ransom from nine crew members.

The BNI is holding all nine crew members including the captain on board the ship. They consider the ship a crime scene.

Some suggestions were raised about whether the pirates who are foreign nationals could be tried in Ghana.

But sources at the BNI have dismissed this saying there is no such impediments provided they have enough evidence of crime.