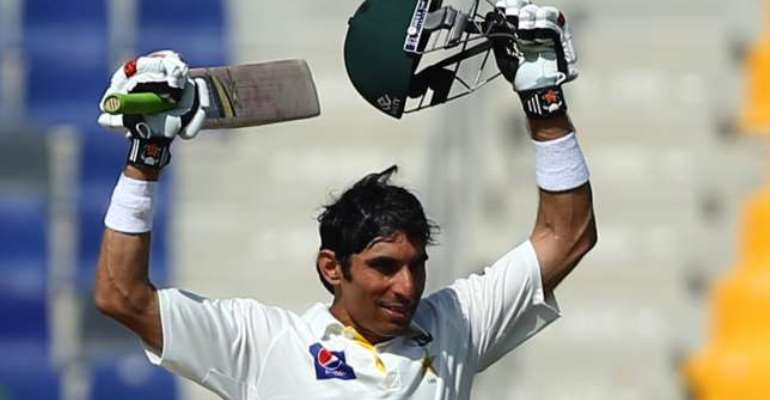 The Pakistan captain went to three figures in 56 deliveries on Sunday during the second Test in Abu Dhabi, matching Richards' feat set in 1986 against England.

Misbah had already set the fastest half-century off 21 balls as Pakistan declared on 293-3 in their second innings, setting Australia 603 to win.

His innings included 11 fours and five sixes, including three in one over off Steve Smith, and Misbah is elated to put himself alongside one of cricket's great players.

"I think it's the biggest honour for me," said the batsman.

"I am nowhere near to him [Richards] but scoring a hundred in a similar number of deliveries is really something that I will remember the whole of my life.

"Somebody ran to me when I was on 80 informing me that I was just 10 balls away from making a record.

"But in either case I was trying to hit every ball and that really couldn't make any difference.

"But it is always good to have these sort of records, as it gives you some sort of satisfaction and scoring 100 is always special for a batsman in a Test and nothing is better than that."

Misbah's efforts were backed up by his bowlers as Pakistan left Australia on 143-4 at the close, needing 460 runs to win on Monday and level the two-game series.