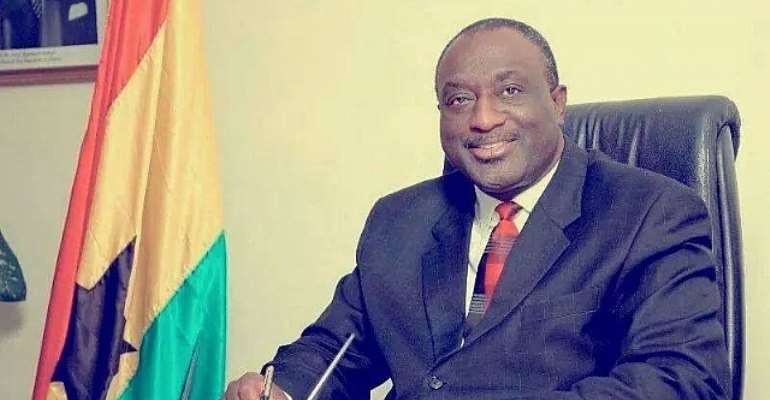 Our party is once again on another phase to entrench its democratic credentials by electing its presidential candidate for the 2016 general election. Since its formation in 1992, such position has been keenly contested among various blocs or aspirants within the party, and I am quite certain the yet to be conducted primaries will not be an exception. The tradition still goes on.

It is an opportunity for the party to showcase its talents and array of men who are capable of leading this nation. However, the dynamics of winning our national elections place all prospective candidates on different scales based on multiplicity of factors.

In considering the harrowing experiences of our not so distant past, it is imperative that, in choosing our leadership, one ought to make a strategic and situational decision rather than a wholesale emotional decision that will keep the party in perpetual opposition.

Upon sieving, profiling and a detailed SWOT analysis on the various prospective presidential aspirants on the ticket of the New Patriotic Party (NPP) based on current trends and dynamics of our national political landscape, Alan John Kyerematen represents the best shot to deliver power for the party in 2016.

Having said that, this is by no means to discredit the ability of any other aspirant, but, to reemphasize the fact that, even in the good books, God chose persons as prophets to lead nations and tribes, among a lot, to deliver their people, depending on which time of history or situation they found themselves.

For me, Alan John Kyerematen is a political colossus and at the right time of history. He deserves to lead not only our party but the nation Ghana. Change is needed in every facet of our society, from leadership to the transformation of our economy. The demand for change on our national scene will be meaningless unless it is linked to a strategic change of leadership within our party.

ALANS PERSONA
Over the years, his nature is what has endeared him to be accepted as the people's lover. He is God-fearing, likeable, affable, calm, humble and has an enchanting personality. This brings to question what I describe as situational leadership. From the time when we had our country's independence, circumstances have produced certain styles of leadership which were acceptable by the people. We've been through situations where we have had aggressive, coercive and humble but firm types of leadership, all depending on its epoch.

In the 4thRepublic after President Rawlings left the scene with his combination of aggressive and coercive style of leadership, Ghanaians till date have come to appreciate a very moderate and a rather humble style of leadership. If nothing at all, the outcome of our national elections since 2000 should serve as a guiding principle in informing our choice of a leader.

Alan John Kyerematen's disposition absolutely depicts the style of leadership quality Ghanaians have genuinely accepted in making their choice of a president.

ALAN THE UNIFIER
There are credible references to events where Alan John Kyerematen have had to sacrifice his personal interest for the unity, cohesion and the progressive movement of our party. Though others have tried to belittle these enviable credentials of his, facts they say are sacred. No matter how the truth is twisted, shaken or turned, it still stands.

The lovers of history and the apostles of truth will agree with me that, in 1996, he was prevailed upon by some members of the party and colleague members of the Young Executive Forum (YEF) to contest for the NPP flagbearership slot, a position which he could have won. The Young Executive Forum (YEF) at that time was a powerful advocacy and lobby group within the Party which played a major role in galvanizing the professional and business community to support the growth and development of the party, as well as mobilize a new generation of party faithful and young leaders. However, he yielded to wise counsel by some senior members of the party and stepped-down for the older generation.

Again, in the epic contest of the infamous 17 presidential aspirants in 2007, none of the aspirants was able to cross the 50% + 1 vote which as a result pushed the contest into a second round between the two aspirants who gained the most votes.

It is trite knowledge that, second round elections could be any one's game, as previous elections will attest to this. Alan Kyerematen out of his own free will and accord had to concede defeat in the supreme interest of the party to allow his main contender, Nana Akufo Addo, to sail through by becoming the party's flag bearer without subjecting themselves to another round of elections.

If this is not a man who means well and believes in consensus and the unity of the party, then tell me what a unifier is.

ALAN THE TRANSFORMATIONAL LEADER
In this era of economic recession and mass poverty due to high unemployment rates and the inability of governments to create opportunities for individuals and also boost the private sector which happens to be the engine of economic growth, it is important that those who seek to lead their nations must aside leadership qualities, have the requisite skills in managing enterprises and creating wealth, innovative ideas and a proven record of engineering private sector development.

Alan Kyerematen comes to mind again. He has the capacity and ability to provide the kind of transformational leadership the country earnestly needs to inspire confidence in the youth, create opportunities for them and restore the country back to glory.

He has throughout his career demonstrated his capacity and ability to create wealth and jobs for the people. In his days at EMPRETEC, a lot of enterprises where created across the country. He led the transformation of EMPRETEC from a UN project into an independent Foundation, and as its founding Chief Executive, developed the Foundation into a world-class institution which is recognized as a successful model and best practice institution for enterprise development in Africa. Individuals had jobs and felt cash in their pockets to sustain themselves and that of their dependants.

As Minister for Trade, Industries and PSI, he did not disappoint. He introduced a lot of initiatives such as the distant learning education, garment production, cassava and oil plantations among others. These initiatives provided jobs and revenue which the nation continues to benefit from.

The evidence among others include an $8.5 million state-of-the-art factory, which produces high grade industrial starch from cassava for export to key markets in Europe, Africa and Asia. The starch initiative created over 10,000 jobs and till date provides starch to companies like Guinness Ghana Limited etc.

ALAN HAS A NATIONAL APPEAL
One of the most important qualities of a leader, especially a politician is to have a charming presence that appeals to the people across board. I must also add that, not every politician is gifted with such personality trait.

It is important also to note that, no single political party has won elections with its traditional supporters or voters. Elections in Ghana are won with combinations of traditional votes, floating or undecided voters and even by alliances with other smaller parties.

Alan John Kyerematen has a mass appeal among the Zongo communities and other minority tribes. He appeals to floating voters much more than any of the other aspirants. He is widely known and loved by them as a result of his charisma and his style of campaigning.

We must acknowledge the fact that politics is about numbers. The numbers within our fold alone cannot secure us power. We must have a suitable candidate who naturally connects to these floating voters and has the capacity to win back certain key regions like the Central, Greater Accra and Western regions, whiles we consolidate our strongholds.

A candidate with a national appeal makes the job of capturing political power much easier.

CONCLUSION
The New Patriotic Party (NPP) must begin to explore other opportunities and also understand the psychology of voters and their pattern of votes. Our candidate must represent the style of leader Ghanaians require.

In as much as we need unity and a formidable party machinery, our chances will be dim without an equally much stronger candidate with a national appeal.

Together with Alan John Kyerematen as our leader, we shall deliver victory in 2016. 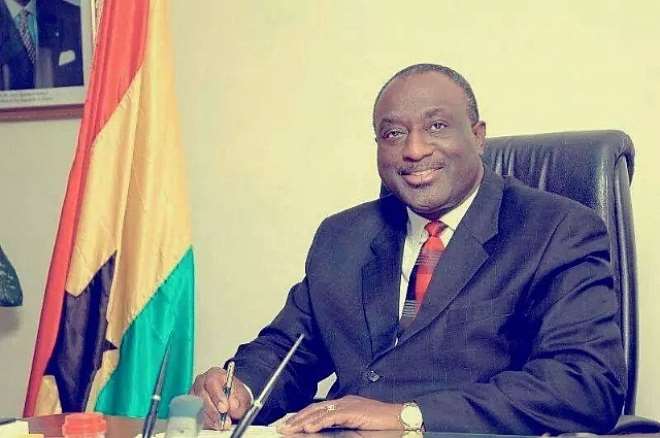