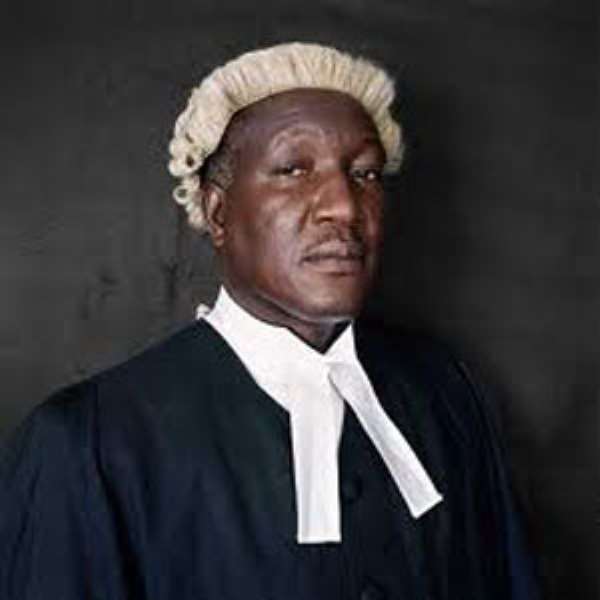 
The Disciplinary Committee of the General Legal Council and the Ghana Bar Association (GBA) have withdrawn their summons on Gabby Asare Otchere-Darko and Tsatsu Tsikata barely 24 hours after they wrote to them to explain motives of  their criticisms of some Supreme Court Judges who sat on the just-ended presidential election petition.

Mr Tsikata, who represented the ruling National Democratic Congress (NDC) in the election petition and Mr Otchere-Darko, the former Executive Director of the Danquah Institute – a think tank aligned to the opposition New Patriotic Party (NPP), were officially served with an invitation on Wednesday for allegedly using 'unsavoury words' such as 'farcical', 'corrupt judgment' and judgment lacking 'balanced judicial position' on some of the nine-member Supreme Court Judges who sat on the landmark petition.

Serious Tone
The tone of the letter appeared serious enough as it ordered the culprits to respond to the controversial criticisms at a specific deadline-before February 21, 2014.

'I have been directed by the Chairperson of the Disciplinary Committee of the General Legal Council to forward the attached document from the Ghana Bar Association for your response to enable the Committee to address the issues raised in it. We would be grateful if you could submit the reponse before 21 st February, 2014,' the letter, signed by Bernard Bentil, Secretary to the Council, stated.

However, the lawyer for Gabby Otchere-Darko, Kwame Akuffo, was on Thursday quoted telling Accra-based Joy Fm that the matter had been closed because the stern letter had been withdrawn.

“I have this afternoon been informed by Justin Amenuvor, a senior member of the Bar that the Bar intends to withdraw and has indeed gone ahead to withdraw the letter to the General Legal Council and therefore, they are no longer interested in prosecuting the complaints,” he confirmed

He said no reasons were given for the withdrawal, except for a parting shot from the Disciplinary Committee saying that they have taken a “serious view” of the comments made by the errant Gabby and Tsikata.

“For us, we were at a loss as to what a serious view means because the Bar Council had not spoken of any charges against Gabby,” he said.

It remains unclear why the Disciplinary Committee of the General Legal Council – the highest body of the legal fraternity, backed down from the confrontation with the two lawyers.

The Challenge
It appears that they would rather not want a running battle with the two, who are bracing themselves to challenge the summons as indicated by Nana Asante Bediatuo, a senior partner of Mr Otchere-Darko's law firm (Ampem Chambers) who protested that the letter from the disciplinary council lacked clarity.

In a telephone interview with DAILY GUIDE on Wednesday, Nana Asante Bediatuo said the summons letter lacked clarity because it did not specify the exact breach that the lawyers have made that required a response.

'….It [the letter from the Disciplinary Council] is very curious because it doesn't appear to me any issues were raised,' he told DAILY GUIDE when he was contacted on the phone.

The Trigger
The summons from the Disciplinary Committee was triggered by a November 19, 2013, petition by the GBA expressing displeasure at the comments allegedly made by the two lawyers.  '…. the BAR Council takes a serious view of the comments and would be grateful if your august body that has the power to take action against errant members of the Ghana Bar would investigate the matter and deal with the said lawyers in accordance with the law. The Bar Council would be most grateful for your intervention in this matter,' the letter, signed by Justine A. Amenuvor, the National Secretary of the Association, indicated.