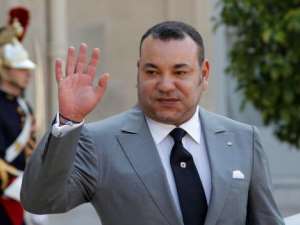 The Guelmim-Es-Smara region, to the north, is made up of five provinces (Tata, Guelmim, Tan Tan, Es-Smara, Assa Zag) and accounts for 18.8 per cent of the country's total surface area, with 133,730 sq. km. In the central part, the Laayoun-Boujdour-Sakia el Hamra Region accounts for 19.6 per cent of the national surface area (139,480 sq. km) and is made up of three provinces (Laayoun, Boujdour and Tarfaya). Lying to the south is the third and largest region, that of Oued ed-Dahab-Lagouira (142,865 sq. km, or 20 per cent of the country's surface area); it comprises two provinces: Aousserd and Oued ed-Dahab.

For 38 years, this immense, arid space, which has to contend with a harsh natural environment, has benefited from considerable state efforts and massive investments. In 2002, the speech delivered by His Majesty the King, in Laayoun, and the creation of the Agency for the promotion and economic and social development of the southern provinces signaled His Majesty's desire to give fresh impetus to the regions' development policy.

Through its sovereign prerogatives, and in support of public investment, government expenditure and distribution of social assistance, the State was the key player in this transformation. The work done is impressive.

In fact, development model should be based on an empirical and objective analysis of people and institutions' reality, going to the weaknesses that need to be improved.

Despite allegations to the contrary, the southern provinces of Morocco are the target of long run socio -economic development's pattern.

While infrastructure is impressive, the mechanisms for the creation and redistribution of wealth as well as the rules for the exercise of authority and the management of public affairs need to be reconsidered to track changes in the sociological morphology of the region and to foster prosperity on sustainable foundations.

Nevertheless, the relative prosperity implied by the figures is not uniform, neither between regions - since Guelmim has a 9.7 per cent poverty rate - nor within regions, considering the glaring disparities between urban centers and small municipalities, especially in rural areas. Overall, and according to figures from the Moroccan High Commission of Plan, the poverty rate in 2007 was lower in the south (4.9 per cent) than in the rest of the country (8.9 per cent) although there are acute disparities.

According to estimates provided by the Moroccan Economic and Social Council, the annual state contribution - both direct and indirect subsidies - granted to the region to fight poverty is around 500 million US Dollars. Direct aid given by the Promotion National program to some 34,000 beneficiaries, amounting to 70 million US Dollars, represents half the total budget allocated to this program at the national level.

The implementation of the National Initiative for Human Development (INDH) in the southern regions has had a significant impact. Between 2007 and 2012, approximately 10 per cent of INDH projects were implemented in the southern provinces (2.242 projects out of a total of 23.000). 495,840 people benefited from those projects (compared to 5 million beneficiaries nationwide).

There are no legal or regulatory restrictions to collective freedoms either. All representative unions are operating in these regions and can legally intervene in industrial relations.

Access indicators to key public services, including water, sanitation and electricity connection exceed national averages (over 84 per cent against 70 per cent nationally for electricity, around 70 per cent for drinking water, against 55 per cent at the national level).

To understand the situation in the southern regions, as a prelude to rethinking the development model for them and make it dynamic, it is important to have a holistic perception of these regions, taking duly into account the weight of history and the geopolitical constraints that have affected society and stakeholders in those regions.

Challenging Morocco's sovereignty over its southern provinces has meant that natural linkages which are essential to cooperation and exchanges were blocked between these provinces and their eastern neighbors, and, further down, with the Sahel region. Sooner or later, these barriers will be lifted.

A number of the major achievements made in recent years are criticized because of their cost or extravagance, because they were not completed, or because they were completed but are not operational (unreasonably large convention center, huge swimming-pool compared to the size of the population, gigantic library made of concrete, with expensive air conditioning and maintenance costs, a conservatory which is finished but not used, etc.)..

Three basic issues are essential to release energies for the promotion of development and democracy in the southern regions. They concern the following:

a. the steering of local public policies to promote, in order of priority, the creation of wealth and jobs;

b. the protection of the environment, making formal, measurable and controlled commitments to promote sustainable development;

c. revisiting the reflection on valorization of regional cultural specificities;

Because of this aspiration, the classical approaches of financial dependency and administrative control of the internal functioning of civil society organizations are rejected by the Kingdom. Oftentimes, the following message was voiced by various local actors: « We have liberated the land, we have invested heavily in concrete, but we must do much more for the dignity and well-being of the citizens». This aspiration to participation should be leveraged in a positive manner by tackling the factors that impede economic activity and the development of the private sector, and by improving the citizens' trust in the government's ability to respect and guarantee their human rights.