There will be No "One-Nigeria" Come December, 2013 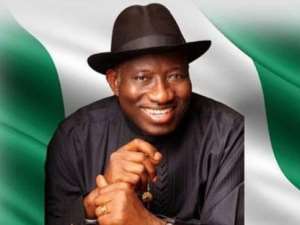 There will be nothing like a continued One-Nigeria by December this year. Those who plot increased abominations but say they are planning for a centenary celebration of goodness are living in the depth of darkness and ignorance.

The abominations of a continued One-Nigeria have overflown their banks and there are no more reservations to contain Nigeria's collection of doom-treasures because the land has caved in as a result of overburdening.

The cycle of atrocities in Nigeria has grown and matured just as those who have recycled leadership amongst themselves - even to their hard-hearing and blind grayness. The perpetual shackle with which these verminous entities have bound the lots of these misjudged and mistreated, as Britain did do, has worn out and cut loose. Those who have thought, believed and reserved for themselves the taskmaster's whip will be bound and tasked by their very torturous hands.

The land upon which these abominations of bloodshed, deprivation and many injustices have been perpetually, ardently and joyfully perpetrated has long lost its graces for patience and forbearance.

Her vengeful resistance has birthed escalating disorderliness in the psyche of the spirit of the country and the core of those hitherto bound under it. Its revolution has created a society with the willingness and passion but no reason to shed blood - blood of many innocents.

The blood of millions of quiet souls shed in the pretext of feeding a forced but continually-resisted oneness of distinctly different peoples have clouded the clouds and compelled natural repercussions. In the west of a well-placed continent, the skies have emptied themselves - not to bless the seeds of the wicked and the righteous but to curse them in anger.

The seas have borne so much concealed wickedness; now it no longer wishes to hide the abominations of these abominable. Sacrifices no longer suffice because even the skies and the seas know too well that they will be judged as well. They now throw, both the sacrifices and the atrocities, back to the surface.

What men do in secret have revolted in equal reaction and are now poking their repulsive revelations before the face of all.

The sane are fighting to hold their sanity, the atrocious their atrocities. But nothing suffices and the heavens, the earth and the seas would no longer keep mum lest they be counted as accomplices against their maker and keeper. But how much longer can "the sane" hope to keep their sanity by ignoring the unobliterable truth?

Nigeria - both its amalgamation and its vision - was a mistake. But who feeds his mistakes and expects it to sum up to a favorable equation? For vehemently forcing this standing impossibility, Nigeria has gravitated from a correctable mistake into an intolerable abomination. Therefore it will be stopped; and along with it will be stopped all those who have thrived and still reap from it's putrid superimposed interference to natural and spiritual order.

For nearly a century, this mistake have been given time for correction. Sadly, this seed was not allowed to die so as to produce fruits of righteousness, justice and love. It rather matured into an imposing and arrogant abomination. For this reason of unquantifiable and unqualifiable magnitude, a One-Nigerian centenary debauchery will remain a dream that will pass away with those who hide their sins and joyfully stand before God for blessings. Abraham sowed the seed that begot the beloved Israel. He did this in strict obedience to the voice of truth.

Every innocent soul whose blood was shed by the Nigerian society was the seed of Abraham - sown in the spirit of Saul and against God's intentions. Nigeria, for killing the seeds of Abraham in order to oppose and stop the Israel of God, may God stop you! May He remove the bolts and knots holding your wheel together and may He throw both your horses and their riders over the cliff of His fury against an increasingly wicked establishment!

May He, as was done the foolish rich man just the very night he thought himself secure on every side, gather your soul for judgement with the urgency and the swiftness of His Spirit. Amen.