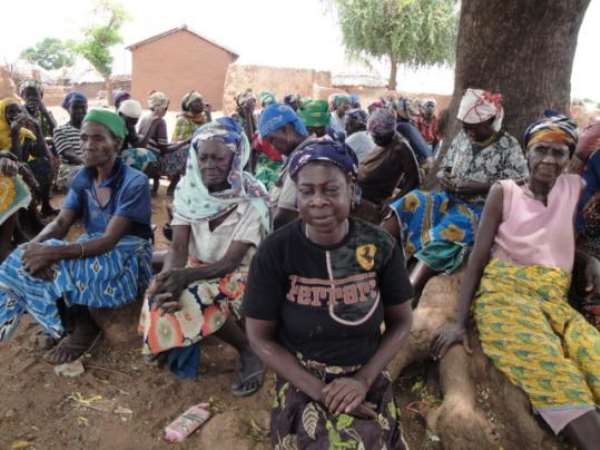 There is a growing incident of lynching and murder of suspected witches in different parts of Africa. This wave of witch hunting targets elderly people particularly women. In Nigeria, a court has rejected the bail application of three persons accused of killing a 70-year old woman, Mrs Rebecca Adewumi, for witchcraft.

Mrs Adewumi was accused of being responsible for the sickness of a local evangelist. She was dragged to the palace of the monarch, where she was forced to drink local concoctions. The concoctions were given to her to make her confess or die within seven days. But after seven days she did not confess or die. Subsequently local thugs stormed her house.

They dragged her under the rain and flogged her. According to a family member, her attackers scrapped her hair with broken bottles and used a big scissors to cut her fingers, then placed her on a tyre and set her ablaze. And in Benue state in Central Nigeria, a middle aged man, Vincent Igwe of Enyikpe Ulayi community in Ado local government area was mudered by his siblings for witchcraft. He was reportedly hacked to death by his brothers who accused him of being responsible for 'unusual happenings and strange deaths in the family and community'

In Kenya, a 79 -year old man was killed for practicing witchcraft. Thomas Barawa was hacked to death by his attackers who stormed his house around midnight. Last summer, more than 7 people including Barawa's wife were murdered in Kilifi district for practicig witchcraft.

In November, a 70-year old woman alleged to be a witch was battered to death by two men in Lesotho in Southern Africa. The woman was said to be mentally ill. She lost her way and was roaming the streets when she encountered these two men who were returning from a bar. The two men pounced on her, after she allegedly waved a stick at them, and beat her to death.

The waving of a stick was reportedly taken by her attackers to be a kind of muti- a practice which many people in Southern Africa associate with magic and witchcraft.

And in Malawi, a 29 year old man, Wadson Zalimba is in police custody for killing his grandmother, Estere Minduwe for practicing witchcraft. According to the report, Minduwe often quarrelled with the grandchildren and they accused her of being a witch and of being responsible for the misery in their lives. On this fateful day, some quarrel ensued while Zalimba and his siblings were making mockery of their grandmother. Zalimba threw a big stone on the grandmother which landed on her head and caused a deep cut. She was later pronounced dead in a local hospital.

Tracking cases of attack, torture, killing, lynching of people suspected to be witches across the region has become a daunting task. Most of the killings take place in rural poor communities and the victims are often vulnerable members of the population. So just a few of the cases are reported to the police or by the media. The cases that are reported are actually a tip of the iceberg of the savage treatment being meted out against suspected witches and wizard in the region.

Poverty, misery, frustration, desperation and hopelessness have driven many Africans to look for scape goats or somebody to hold responsible or blame for the ills of the society. Many Africans consult and rely on spiritual healers and diviners, prophets, imams and pastors who often attribute social problems to malevolent magic and witchcraft. Witches are generally percieved to be enemies of the society. So suspicion of witchcraft evokes feelings of hatred, anger and vengance. People react violently towards anyone identified as a witch in a family or community. People believe a witch deserves no mercy or compassion. They believe a witch should be tortured and suffered to die as written in the christian scripture.

Efforts by state authorities to combat this cultural scourge has so far proved ineffective. The reason is that sometimes authorities do not want to take action that would go against local tradition or offend the cultural sensibilities of the people. And in some countries like Cameroun, Central African Republic, Zimbabwe the law recognizes witchcraft as an offence.

There is no evidence that witches exist outside human imagination or that witches cause death misery and accidents as most Africans believe. Unfortunately, people are traditionally brought up to associate evil acts and misfortune with the occult. This mentality is reinforced by the dogmas and doctrines of the dominant religions of christianity and islam. In many parts of Africa, diviners, magicians and soothsayers, pastors, imams and prophets exist, operate and market their paranormal wares.

Churches, shrines and faith clinics proliferate. Their growing business of divination and exorcism has made it difficult to combat this mistaken belief and the suffering and death it is causing in the region. African governments and peoples must rise to the occasion and help define a new era in the history of the continent. Africans -in Africa and in Diaspora- must join hands and bring an end to the wave of witch hunting ravaging the region.

Witch killing must stop. Witch killers must be stopped.