Re: Ahwoi Should Stop This Nonsense Of Blaming Others 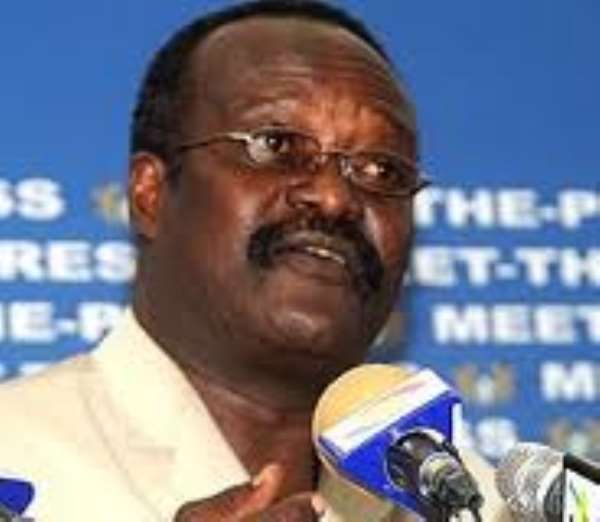 Is George Berko the only stranger in “Jerusalem”? Is Berko the only stranger in Ghana who is unaware that the late President John Evans Fiifi Atta Mills was vilified, hounded, insulted, bad mouthed, lambasted and reduced to nothing by members of the NPP and JJ Rawlings during the three and a half years that he was in office? If Berko is not aware I suggest he better school himself or updates his knowledge about events in Ghana rather than write anything just to get his five cent of fame on the web.

Even President John Dramani Mahama in his address to Ghanaians who thronged the Efua Sutherland Park in Accra on Tuesday July 31, 2012 to celebrate the one week passing of the late President Mills appealed to the family of former President Mills to forgive all those who vilified him while in office. So what did Professor Kwamena Ahwoi said that deserved that kind of trash writing from Berko who does not even have any decency but descended heavily on Professor Ahwoi?

It would be recalled that Professor Ahwoi after signing the book of condolence at the State House last week, spoke to the Joy News in which he stated that President Mills was hounded out of office by people who thought he was not qualified to occupy that position. He went on to say that, “Mills died largely on the account that he was too good a person to be in politics. Some people thought he didn't belong to that game so they wanted him out, that is how I can interpret the insults and the unbecoming comments that were made about him all the time.”

Is this Berko not aware of the daily insults heaped upon him by members of the NPP on radio and television some of whom President Mills taught at the Law School? Some of these people who have no respect for themselves even decided not the address President Mills by his official title as President of Ghana.

It is on record that the family of President Mills who are unhappy about the comments made on BBC by Rawlings stated that, “The entire family wishes it to be known that they have over the past three years remained quiet over the constant harassment and insults poured on their son, all in the spirit of tolerance and peace, as constantly preached by the late President Mills throughout his life. Three and a half years of insults we took and would have graciously forgiven as a tribute to the nature and legacy of the honorable man whose death Ghana and the world mourns. The family is provoked to face up to those whose minds continue to ferment such uncouth, derogatory, uncensored insults, nonetheless, we remain restrained, for now.”

If you happen to read this statement from the family of President Mills you need not be reminded by anybody that millions of Ghanaians are on board that the late President Mills was “ran out of office” by these uncouth comments which deeply hurt his feelings as he continuously asked those around him in one simple sentence, “What Have I Done?”.

I am waiting for George Berko to come again after getting his facts right. Good Day, George!