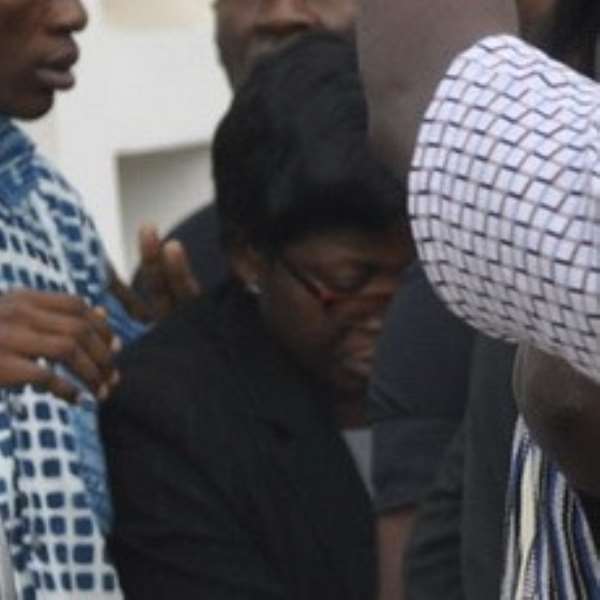 The case involving DSP Gifty Mawuenyega Tehoda who is standing trial for her involvement in the swap of cocaine for sodium bicarbonate is on the verge of being thrown out if state prosecutors fail to start prosecuting.

State prosecutors on Thursday pleaded for more time in order to interrogate other suspects connected to the case. This led to the case being adjourned for the tenth time since February 6, 2012 when it started.

The trial judge, Francis Obiri has expressed his displeasure over the dilly-dally attitude of state prosecutors warning that if they are unable to start proceedings on the next adjournment date, June 28 he would be compelled to throw out the case.

Lawyer for DSP Tehoda, E.K. Vordoago meanwhile has been praying the court to dismiss the case for want of prosecution. He told Joy FM in an interview the facts that the state prosecutors put before the court could not support any credible charge in law.

He said that if there were witnesses in the case, the state prosecutors would have been able to bring them before the court for prosecution to have begun.

DSP Tehoda is facing one count of abetment of crime, to wit, undertaking an activity relating to narcotic drugs contrary to Section 56 (c) and 3 (2) of PNDCL 236, Narcotic Drugs (Control, Enforcement and Sanctions) Act 1990, for her alleged role in the 1,020 grammes of cocaine which turned into sodium carbonate.

She was released on bail by the Accra Fast Track High Court on February 14, 2012, pending trial at the circuit court.

Chiefs and Queen mothers of Nadowli-Kaleo congratulate Alban...
28 minutes ago

I intend to live my my oath – Bagbin
28 minutes ago