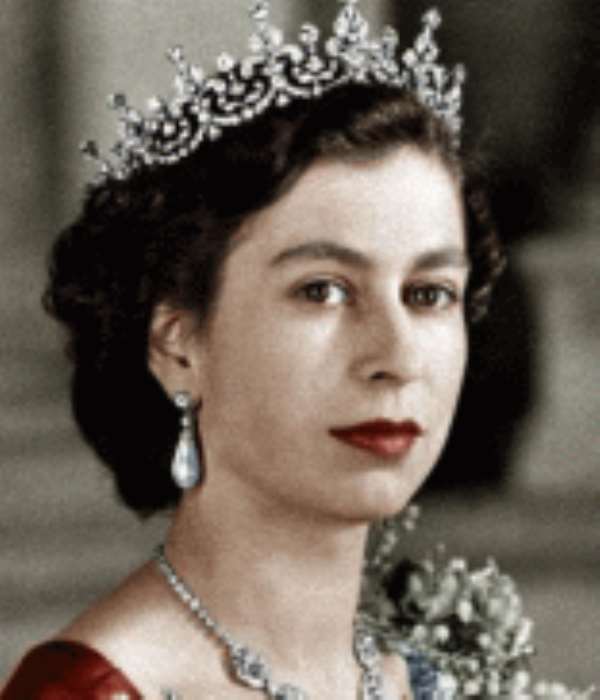 Union jacks and bunting are being put out across the UK, as final preparations are made for the weekend's Diamond Jubilee celebrations.

And crews of the 1,000-strong flotilla that will escort the royal barge along the Thames on Sunday were briefed.

Events are planned across the UK over the next four days to mark 60 years since the Queen came to the throne.

Last-minute preparations are under way for the many street parties, outdoor concerts and fairs being staged for the royal celebration:

Archbishop of Canterbury Dr Rowan Williams issued a video tribute to the Queen, praising her sense of humour

Final preparations for the Jubilee concert got under way, with a stage constructed on the roof of Buckingham Palace, where pop band Madness will perform their hit Our House

In the early hours of Friday, members of the armed forces and the Household Division were among the 2,000 servicemen and women rehearsing the carriage procession - one of the final events of the Jubilee celebrations.

The BBC's Daniela Relph said the full ceremonial rehearsal had been a display of the pomp and pageantry expected during the Jubilee celebrations.

Soldiers rehearsed their three cheers for the Queen and the national anthem was played, she added.

Major Andrew Chatburn, the ceremonial officer for the Household Division, said the rehearsal had been 'spectacular'.

The Queen and Duke of Edinburgh will be joined by the Prince of Wales and the Duchess of Cornwall, the Duke and Duchess of Cambridge and Prince Harry for Tuesday's event.

Prime Minister David Cameron, who will join the royals for the celebratory events during the weekend, paid tribute to the Queen's 'extraordinary energy' and 'devotion to her people', in an interview with Sky News.

Labour leader Ed Miliband said the weekend's festivities would celebrate 'everything that is best about our country' and praised the Queen's 'selfless dedication to duty'.

Preparations have also been continuing for the BBC's Jubilee concert, which will be held in front of Buckingham Palace in the area surrounding the Queen Victoria Memorial on Monday.

The concert will be broadcast live on BBC One, BBC One HD and on BBC Radio 2 in the UK and to millions around the world.

Why appoint an AG-designate who’s interested in disenfranchi...
46 minutes ago