Super telescope to be built in Australia, S. Africa 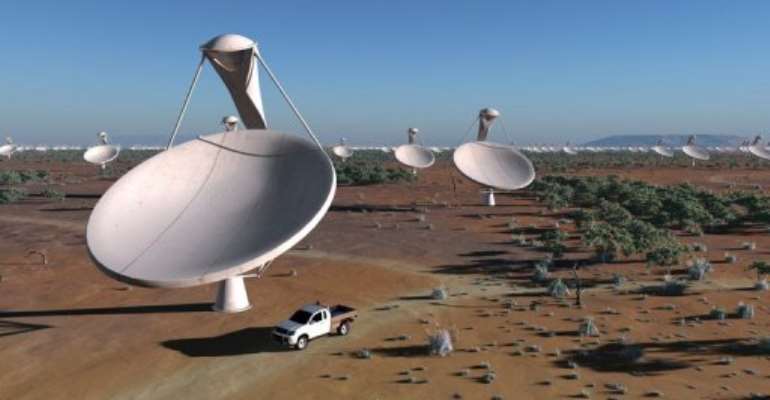 AMSTERDAM (AFP) - Australia and South Africa will share the location for the world's most powerful radio telescope, the Square Kilometre Array's scientific consortium announced on Friday.

"We have decided on a dual site approach," said SKA board chairman John Womersley at a press conference held at Amsterdam's Schiphol Airport, following a meeting of the SKA organisation's members in the Dutch capital.

Both South Africa and Australia were competing to win the $2 billion contract for the SKA, an instrument that will be 50 times more sensitive than today's most powerful radio telescopes.

Scientists hope the SKA, a massive radio telescope, will shed light on fundamental questions about the Universe including how it began, why it is expanding and whether it contains life beyond our planet.

The eagerly awaited decision now means that engineers can connect antennas at Australia's core site at Mileura station, about 100 kilometres (60 miles) west of Meekathara in western Australia. Other antennae are distributed across Australia and New Zealand.

South Africa's site in the arid Karoo region will now also be connected by a remote link to a network of dishes stretching across southern and eastern Africa and as far away as Ghana.

Its construction is scheduled to start in 2016, becoming fully operational in 2024.