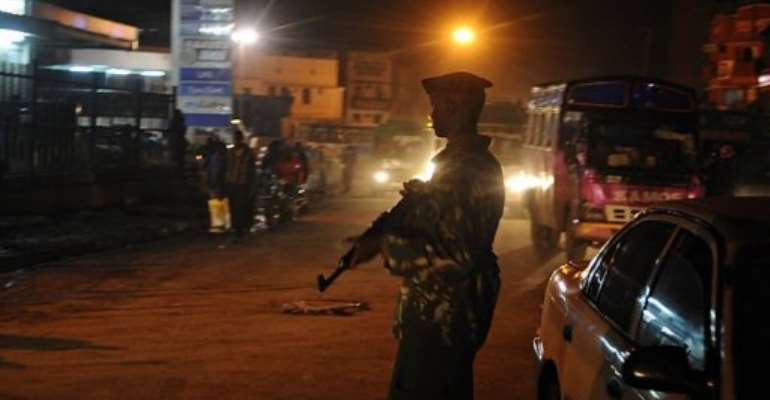 Kenyan police secure the scene of an explosion in the capital Nairobi following a grenade attack in 2011. By Simon Maina (AFP/File)

One gunman opened fire when guards at the restaurant prevented him and two accomplices from entering, wounding a guard at the Bella Vista restaurant, said Aggrey Adoli.

The gunmen then threw two grenades and fled, wounding three other people, he said.

"There has been an incident where someone has been shot and three others have been injured as a result of grenade explosions," Adoli said.

One of the grenades exploded near the entrance to the restaurant and the other near a car parked outside.

"I was having a drink nearby and then I saw people running after a loud blast," said witness Oscar Ndambuki.

The restaurant sits on one of the most popular avenues in Mombasa and is a popular gathering spot for tourists.

There was no immediate information on who was behind the attack.

Since Kenya sent tanks and troops into Somalia late last year, a whole series of grenade attacks and explosions have taken place, both in Nairobi and in eastern towns and camps housing Somali refugees close to the border.