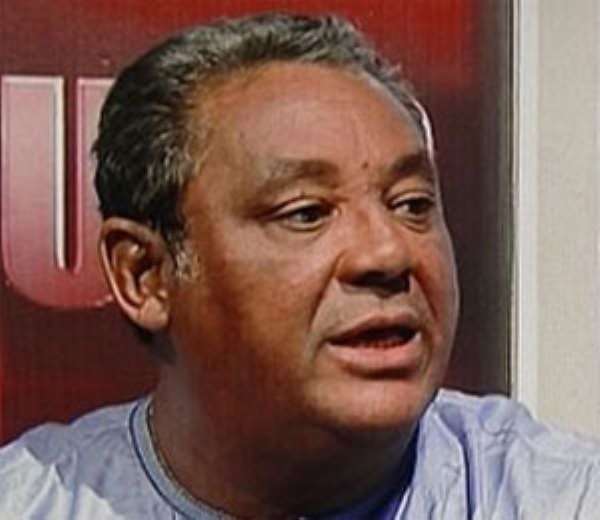 I unreservedly concur with critics who maintain that the Supreme Court ruling on the Obetsebi-Lamptey bungalow case is unnecessarily overdue (See “Supreme Court Adjourns Obetsebi-Lamptey's Bungalow Case” Ghanaweb.com 5/10/12). The case entails the decision by Mr. Jake Obetsebi-Lamptey, Tourism Minister under the Kufuor administration, to purchase the government-owned bungalow which he officially occupied as a cabinet appointee between 2000 and 2008.

The legality of this decision is what is being presently challenged by Mr. Samuel Okudzeto-Ablakwa, Deputy Information Minister, and Dr. Omane Boamah, the current Deputy Minister for Sports. Both plaintiffs, of course, are Mills-Mahama appointees.

Anyway, what makes this case a bit fascinating is the fact that the Fourth-Republican Constitution of Ghana, unlike those of other democracies, specifically stipulates the provision of residential accommodation facilities, at least a couple of them – as it came to light in the crepuscular days of the Kufuor government – for presidential retirees. Significantly, we must quickly point out, the Constitution makes absolutely no such provision for cabinet appointees. It appears to be, indeed, partially on the basis of this fact that Messrs. Okudzeto-Ablakwa and Boamah launched their civil suit, which seeks to restrain the former Kufuor Tourism Minister from using his formidable influence as a government official to “privatize” what clearly belongs to the State of Ghana.

We are told that the primary reason for his decision to purchase the said property from the State has to do with Mr. Obetsebi-Lamptey's having grown rather comfortable with the same. It also appears that the fact of the property's being located in a major, or prime, residential area in the Ghanaian capital of Accra, the hometown of Mr. Obetsebi-Lamptey, who is also the current National Chairman of the main opposition New Patriotic Party (NPP), makes such purchase even more attractive.

Still, the quite indisputably constructive argument goes that, were his predecessors in the habit of demanding to purchase and permanently occupy State-owned real-estate property which they deemed to be comfortable official residences, very likely, Mr. Obetsebi-Lamptey would not have had the privilege to occupy the property at issue, let alone scheme to permanently own the same. Then, of course, there is the equally significant dimension of acute public-accommodation shortage for senior government appointees, as well as other senior civil and public servants.

The logical argument thus becomes: if, indeed, Mr. Obetsebi-Lamptey has the wherewithal to be able to purchase real-estate property, after all, then why doesn't the former Kufuor appointee build his own house or even purchase one that is already on sale on the real-estate market? Interestingly, matters are not as simple as the foregoing observations may seem to indicate. For, there appears to be evidence pointing to a similar practice or two in the recent past. And then, of course, there is the widely known routine sale of State property in what has invariably been characterized as “sweetheart deals,” including the massive garage sale of property belonging to the Ghana Industrial Holdings Corporation (GIHOC) during most of the 1990s, by the Rawlings-led National Democratic Congress (NDC), under the dubious guise of IMF-World Bank-instigated “Property Divestment.”

And so, while on the face of it, the civil suit brought against Mr. Obetsebi-Lamptey by Messrs. Okudzeto-Ablakwa and Boamah may, indeed, seem to have teeth or may seem to be a simple open-and-shut case, nonetheless, the proverbial devil may clearly and eerily be envisaged, upon closer scrutiny, to inhere in protocol. And it is, obviously, this aspect of the suit that the noble and venerable justices of the Supreme Court of Ghana may be aptly seen to be having such a tough time in deciding. And this may also explain why these judges appear to be desperately and voraciously poised to grabbing at every piddling opportunity to avoid handing down their verdict. Believe me, the next time that another judicial panelist phones in bitterly complaining about having been caught in a traffic snarl, the Obetsebi-Lamptey case is likely to be adjourned, just one more time.