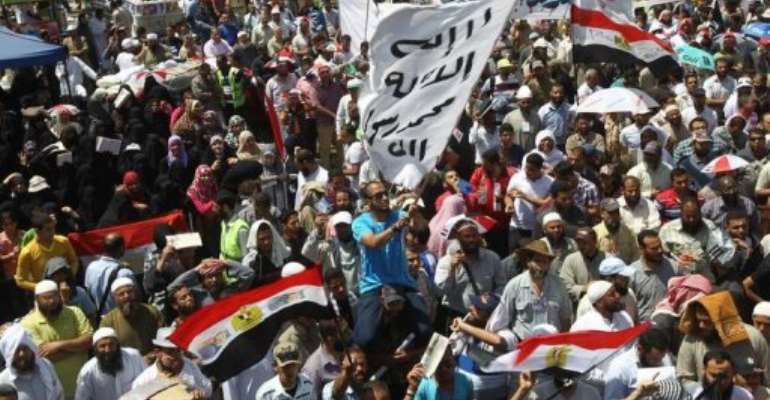 CAIRO (AFP) - More than 90 people were wounded in overnight clashes between Salafist protesters and residents of a Cairo neighbourhood, the Egyptian health ministry said on Sunday.

Dozens of supporters of Hazem Abu Ismail on Saturday night marched towards the Abbassiya district to protest the electoral commission's decision to bar the popular hardline Islamist from contesting next month's presidential poll.

They were attacked by Abbassiya residents angry at the protesters, according to the official MENA news agency.

The clashes lasted till dawn, with both sides throwing rocks and petrol bombs and firing buckshot, a member of the security forces said.

Military police stationed in front of the nearby defence ministry did not intervene.

The health ministry said 91 people were wounded, most of them lightly.

The electoral commission on April 14 barred 10 candidates, including the Muslim Brotherhood's Khairat al-Shater and the former president's intelligence chief Omar Suleiman, from standing in the poll to choose Mubarak's successor.

Abu Ismail's nomination was rejected because his mother had taken joint US citizenship, but many of his supporters believe he was the victim of a "plot" by the authorities.

The first round of the presidential election is scheduled for May 23 and 24, and the interim military leadership has promised to hand power to an elected civilian president by the end of June.