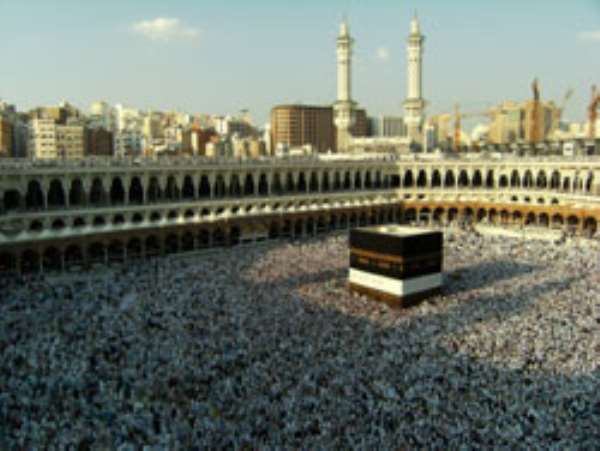 Accra, March 25, GNA – The National Hajj Committee wishes to inform all would-be pilgrims that payment for the 2012 Hajj had commenced.

A release signed by Alhaji Alhasan Bene, Chairman of the Committee and copied to the Ghana News Agency on Saturday, indicated that the package for the round trip was still 3,100 dollars.

It said payment were to be made only in the United States Dollars and through accredited Hajj Agents or directly into any of the Committee's bank accounts at either ECOBANK or the Intercontinental (Access) Bank.

The release noted that the deadline for all payments was strictly 31st August 2012 after which no payment would be accepted.

It urged all would-be pilgrims to observe the deadline and cooperate with the National Hajj Committee for a smooth and successful Hajj.