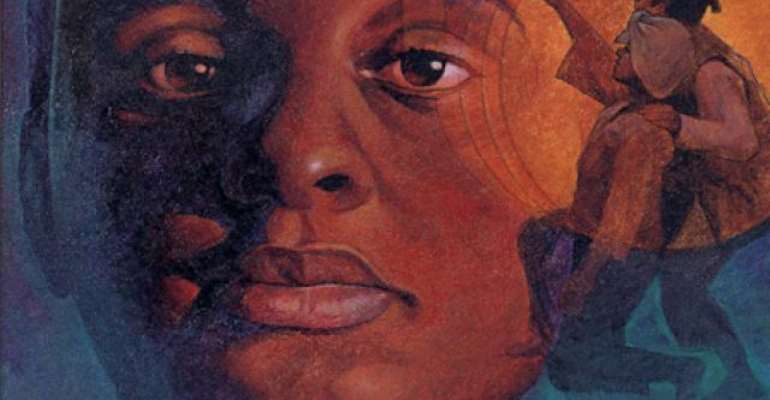 Africans must wonder what the next generation is going to use to pay off the Chinese, the Europeans and the Americans. We are borrowing and spending on foreign contracts like drunken sailors and nobody listens to those that are crying that we are receding into another colonial future. It was the chiefs that sold us into slavery yesterday, it is the turn of the politicians today. While accumulating debts and paying some off with dwindling resources, they claimed it is for the future of our children while blind and selfish liars laugh to foreign banks.

Our taste for everything that looks unlike us or not made by us shows no limit. The politicians lead and create the consumption index. In those days Africans were selling gold in exchange for mirrors, today we are selling crude oil and losing highly trained graduates in exchange for foreign mega contract and jobs that have marginally contributed or improved our development since Independence. Until we have locally serviceable infrastructure and locally suited graduates to our problems, our industrial takeoff and job creation for our youth will lag behind.

Graduates of our institutions of learning and culture are the most vulnerable since they don't reflect our thinking or philosophy towards life. It is perfectly acceptable for African universities to compete with foreign universities in sciences but our experiments and study groups do not have to be in the same laboratories. It does not have to be the same Bunsen burners or the same test tubes in elaborate laboratories built like those at (MIT) Massachusetts Institute of Technology. We do not have to go out of the tropics to learn about tropical diseases. Our best example is training lawyers in local cases, though they pledge vigorous defense for criminals.

Indeed universal intensively trained engineers, doctors and PhDs are more drawn to foreign countries, when less suitably trained can be better locally. The Russians or the Chinese did not pride or look up to foreign universities as the benchmark for their success but they do steal foreign ideas and adapt them to their own. Nobody is asking Africans to rediscover slice bread but a Continent that has been deprived of it intellectual abilities must meet and reconstruct its educational system and culture towards independent goals in solving its local problem.

Fortunately, the solutions are in our hands, not in our stars. Africans have never been short of men and women of ideas and philosophies even in this new century. Some of us were privileged to have read Fagunwa, Achebe, Soyinka, Albert Luthuli or Nkrumah, Zik, Awo, Bello, Mandela, Nyerere etc. But our educated scholars would rather quote Milton, Max, Adams, Churchill and others whose philosophies may be comparatively good but actually parallel to our indigenous culture. They propel their civilization to what it is today, not ours.

We are not short of thinkers even amongst our present professors and politicians. Since power of the politicians drives our budget it is skewed to consumption of others' products and not to home grown or made materials from infancy to finished products. Watch our politicians talk, you wonder where their ideas have been hiding but put them in charge, they lapse into self-indulgence chasing foreign consumer materials creating foreign jobs while neglecting us.

Let us pick on Sule Sanusi, the Governor of Central Bank of Nigeria as an example. One would not believe this is a man in charge of foreign exchange devoted to consumption making foreign money available to every Bobo that wants to import anything. The address or presentations he makes are opposite, squarely preaching production encouragement in allocation of our foreign currency but in practice, Central Bank allocation is for consumption.

Of course he is not the only one, his comrades in this hypocrisy is none other than Ngozi Iweala and Segun Aganga, present and former ministers of Finance. Their whole brain, especially the finance ministers are fabricated in foreign countries and their only way to Nigeria's deliverance is to take orders from World Bank and International Monetary Fund. They are rewarded by all sorts of prizes, praises and unreliable rating agencies as they milk Nigeria for foreign interest.

One would think since Nigeria has a highly home-educated President, his advisers would be biased towards indigenous solutions to our economic problems. No, he showed his complex by relying on a former Finance Minister that paid off odious loans and penalties from a poor African Country to the richest nations on earth. Mind you, American and British best brains do not work for these international bodies, unless they have been used, spent and retired. Indeed, some of their best brains were beaten in class by African students in their own countries.

Since independence if each of the ministers in African countries were given a mission and ordered a failure if they cannot develop it from infancy or from farm to finished product, Africa would be exporting products not humans, at least to other African countries if not outside. Take Nigeria as the leading producer of cassava, what will it take Sanusi to convince the President to institute a program from farms to supermarket or Iweala to turn our oil into finished product or Aganga to turn our cotton and milk into lace and table milk, instead of importing same.

Sule Sanusi made more sense than the other two even during his presentation supporting the removal of oil subsidies. Yet each of them think the best place to start is to ask poor people already saddled with wages nobody can live on, police check points and toll gates leading to higher transportation fare, soaring food prices and dismal infrastructure on the shoulders of the poor to bear the brunt of oil subsidy removal. Cowards cannot face their colleagues first, so they ask poor people for more sacrifice that does not make as much dent as bleeders of coffers.

If Sanusi, Iweala and Aganga are so smart and daring, they could have demanded sacrifices from those powerful politicians and the highest paid civil servants to slash their privileges than create foreign contracts. By the time it reaches the poor folks to sacrifice the subsidy on oil, at least they would have been satisfied that the cabals that corner the subsidies have disgorged their loot. Oh no. The poor must pay first and keep on paying. They cannot dare those that sabotage Nigerian refineries and import took picks, it is the poor people they can dare.

They blame the attitude of Nigerians for preferring foreign products but never accepted the fact that those Nigerians copy and follow their tastes. Monkey see monkey

do. It is easier to say oil subsidy is not sustainable than to say foreign monies that is not printed in Nigeria cannot be available to frivolous consumptive tastes. Foreign reserve is spent as if it is easily replaceable. When in fact, all they care about is how much they can divert into their pockets before it is exhausted. We are selling ourselves out.