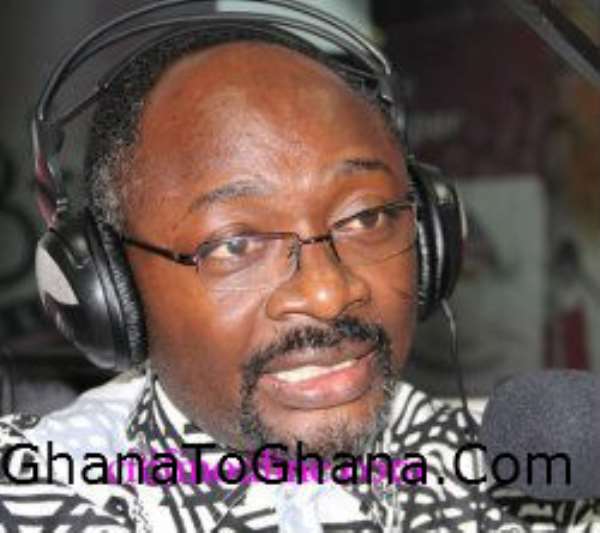 The embattled criminal financier of the National Democratic Congress (NDC), Alfred Woyome, has denied ever being a member of the New Patriotic Party as claimed by his former lawyer Kwadwo Owusu Afriyie, simply because he was able to put his hand in the mouth of the NPP without being bitten.

Woyome got a contract from the NPP, did not peg a pole in the ground but could be paid a compensation of almost $50million Dollars by the NDC for a work not done.

Alfred Woyome, who was in court on Thursday to battle the Attorney General over a judgment debt settlement case, instead of defending himself could only described the NPP as a bunch of “mate meho bastards” whom he could never have been part of.

The criminal Woyome told Citi-News "I am a revolutionary person, I was in the revolution of June 4, I came back to this country after being the vice honorary consular of Austria for all those period, being on official duty, so if that means that I am NPP then that is very myopic."

Woyome, a criminal, who claimed to have been an ex-Ghana vice honorary consular of Austria, in my opinion he would like his case to be investigated by the EOCO because of some reasons best known to himself. ("A crow will never hook out the eyes of another crow"). He has described as ridiculous assertions by some lawyers, opposition members and political groups such as FONKAR that the Economic and Organised Crime Office (EOCO) cannot be trusted to do an independent job because it falls under the Attorney General's Department and so cannot objectively investigate a matter involving the Attorney General.

After the case between Woyome and the Attorney General was adjourned to the 16th of January 2012, the culpable Woyome who has no shame could go to the extent of warning some elements within the NDC whom he accused of protecting culpable NPP officials to watch out.

I wonder how such a criminal could be appointed to represent Ghana as a vice honorary consular of Austria.