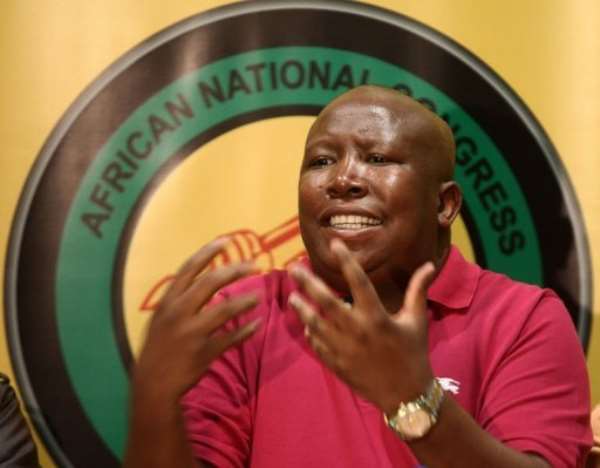 JOHANNESBURG (AFP) - Julius Malema, the fiery youth leader suspended from South Africa's ANC, criticised the ruling party's disciplinary committee on Wednesday for leading a "witch-hunt" against him and his allies.

Malema, 30, accused the African National Congress of suspending him for five years because some in the party want to silence him -- particularly his calls to nationalise mines and seize white-owned land to redistribute to poor blacks.

He criticised disparities in the penalties meted out to him and five other top youth league officials charged alongside him, some of whom received only suspended sentences.

"This reveals the witch-hunting" against people the party wanted to silence, he said.

"Only the willfully blind can believe that this matter is purely about discipline and not intended to settle political scores or stifle debate," he said.

And he said the ANC, in power since South Africa's first democratic elections in 1994, risked falling apart by stifling internal debate.

Malema compared his radical politics to the stance of Nelson Mandela, who co-founded the youth league to push the ANC to launch an armed struggle against apartheid.

"When you want to destroy this youth league because you are irritated by Malema, then you are wrong. You are destroying the legacy of Nelson Mandela and (former ANC chief) OR Tambo," he said.

This was Malema's first press conference since being suspended last week.

Wearing his trademark youth league beret and flanked by his co-accused, he spoke at ANC headquarters in downtown Johannesburg -- the same spot where hundreds of his supporters clashed with police and burned pictures of President Jacob Zuma on the first day of his hearing.

Malema was charged with sowing divisions in the ruling party and bringing it into disrepute by calling for the ouster of the democratically elected government of neighbouring Botswana.

But many observers saw the process as a bid by Zuma to sideline critics ahead of party elections next year.

The youth league backed the president's rise to power, but has since soured over his government's refusal to embrace mine nationalisation and other youth league programmes.

Malema and his co-accused have until November 24 to appeal the ruling, which he has vowed to do.