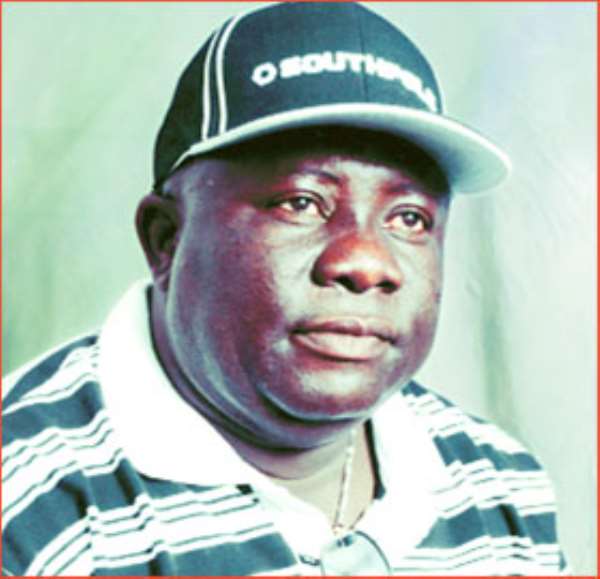 The National Democratic Congress (NDC) linchpin was on the weekend morning programme dubbed, “Akoko abon” hosted by Kwame Nkrumah with Sir John and other panelists.

Ponkoh was said to have pulled a chair and tried to smash it on Sir John. It took the intervention of the people around to save the situation as the NHIS boss threatened fire and brimstone.

The topics for discussion included government's announced taxes on goods and services, the Baby Ansabah confession saga and the selling of cars at cheaper prices for functionaries of the ruling party.

Condemning Baby Ansabah, Sir John observed that the confession was unnecessary because President Mills, at the time of the publication, did not deny that he was sick at all, but rather refuted the assertion in the publication that he was suffering from a particular ailment.

Yamoah Ponkoh, who was ostensibly not pleased with Sir John's criticism on the announced tax increases and the handling of the governance style of his boss, flared up.

Fuming with anger, the politician interjected, describing Sir John as a nonentity whose views should not be respected.

Still descending heavily on his co-panelist, Ponkoh described Sir John as a shameful person who was moving around town as a lawyer but with no certificate.

According to him, he had a dossier on Sir John, which indicated that the NPP General Secretary contender was not a lawyer because he never attended any law school and had no law certificate to that effect.

In spite of these harsh personal attacks, Sir John entreated Yamoah Ponkoh to calm his nerves because they were not at the studios to fight but to share ideas.

Still enjoining him to cool down, Sir John remarked that Yamoah Ponkoh needed not to be angry with him because of his views about the NDC, because he (Yamoah Ponkoh) was a greenhorn in the ruling party and could not pretend to be holier than the Pope.

This comment from Sir John fueled the anger of Yamoah Ponkoh who moved from his seat to pounce on the NPP man, but was restrained by other members of the panel which included Sampson K. Nyamekye, a broadcast journalist.

Determined to cause havoc at the studios, agitated Yamoah Ponkoh allegedly grabbed one of the chairs with the intention of hitting Sir John with it, but was again restrained by the panel members who became dumfounded at the behaviour of the NHIS regional boss.

Yamoah Ponkoh did not spare the host of the programme, hurling insults at him and threatening to vandalize the ultra-modern studio.

Yamoah Ponkoh, in a sheer display of madness, allegedly vented his frustrations on the chairs and knocked them down, whilst scattering papers at the studio in a bullish manner.

When the producers of the show and the panel members realized that Yamoah Ponkoh was determined to cause mayhem, they escorted Sir John from the studios to avert any calamity.

Whilst moving out of the studios, Yamoah Ponkoh, who was still charged, continued raining unprintable insults on Sir John, threatening to beat him severely anytime he came across him.

Due to the nasty incident, the host was compelled to end the programme abruptly.