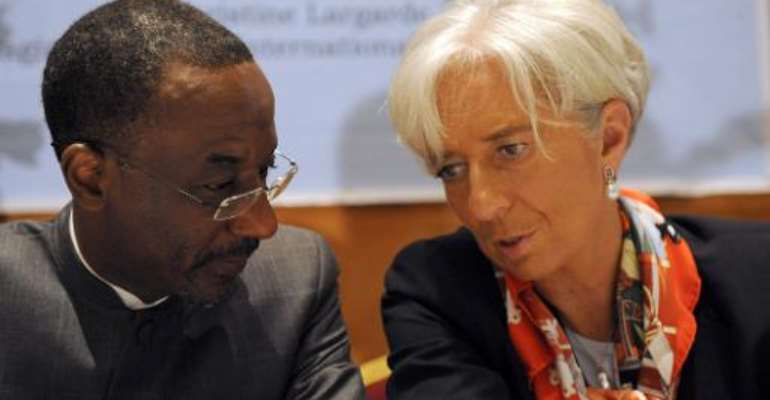 Sanusi, whose term was due to expire in June, became embroiled in controversy after he charged the Nigerian National Petroleum Corporation (NNPC) with gross mismanagement and corruption.

A statement from President Goodluck Jonathan's office said probes into Sanusi's performance revealed that his "tenure has been characterised by various acts of financial recklessness and misconduct".

It announced his "immediate suspension" as the central bank boss. He is to be replaced by the bank's most senior deputy governor, Sarah Alade.

Sanusi has alleged that Nigeria lost out on the $20 billion between January 2012 and July 2013 partly related to suspicious kerosene subsidy payments by the NNPC.

NNPC, long regarded as being riddled with corruption, was branded this week on the cover of the prominent News magazine as "Nigeria's Sleeze Machine."

The company has hit back at Sanusi, saying he does not under the technicalities of the oil industry.

Financial analysts, both within Nigeria and abroad, have applauded Sanusi's tenure in Africa's top oil producer and second largest economy.

He was credited with overhauling a crumbling and deeply corrupt banking sector which teetered on the brink of collapse following the outbreak of the global financial crisis in 2008.

He also earned praise for bold moves to protect the Nigerian naira, although the currency has fallen against the dollar in recent weeks.