Juju Church or Church in Juju 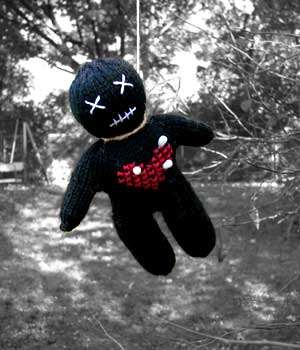 “Hypocrisy” in the Ghanaian spiritual topography is the right word.

Privately, most Christian Spiritual Churches go further by appropriating the occult aspects (juju, among others) of traditional spirituality for their operations in order to go a bit nearer to the deep spiritual hunger of Ghanaians. But in the higher schemes of the broader African cosmological thought, juju, with its negative supernatural powers and fearful rituals, isn't part of African religion – it is at the fringe and generally seen as “evil,” “negative,” “destructive,” and “counter-productive.”

So when the Accra-based Daily Guide reported that one Collins Agyei Yeboah, pastor of one of the booming spiritual churches Ghana-wide, has employed the spiritual services of a towering traditional priest, Nana Kwaku Bonsam, to establish a Vision Charismatic Chapel, it wasn't a big deal. What was sensational was Collins Agyei Yeboah losing his alleged “spiritual powers” because Nana Bonsam has gone to retrieve the paraphernalia of traditional spiritual rituals he made for Yeboah to establish his church.

The question is why should a Christian priest, Yeboah, appropriate negative juju rituals to establish a church which is supposed to be a positive venture? Was it actually juju or positive traditional spiritual rituals made for Yeboah for the good of his church? What are the implications not only for the worshippers of Vision Charismatic Church but the broader progress of Ghana? Why didn't Yeboah appropriate the normal principles of African cosmology such as prayers, views of causality, or the order of the visible and invisible world to set up his church as others in the western hemisphere have done in places like Cuba or Brazil or Surinam with names like Santeria or Candomble where African faiths have been mixed with non-African spiritualities?

Despite the difficulty of reading Yeboah's mind, his mixture of juju, if the Daily Guide report is anything to go by, with Christianity confirms the already held view among Ghanaians that at the root of most Christian Spiritual Churches is traditional Ghanaian spirituality. But they do not give credence to it openly and this has impacted negatively on Ghana's development process. Here either traditional spirituality or Christianity or Islam is a development issue and any ensuing confusion emanating from either of them has implications in Ghana's progress. By giving credence to traditional spirituality, Christian spiritual churches will help refine some of the inhibitions within traditional spirituality and help it grow as all religions in the world had, starting from the primitive and despicable position and constantly refining themselves.

But Ghana is stuck between the enhancement of its traditional spirituality and its progress and Christianity and Islam, with the very Ghanaians beating, demeaning, and denigrating their original traditional spirituality and in the process opening their souls to spiritual confusion. Fifty-one years after freedom from colonial rule, there is still immense schisms between traditional Ghanaian values and the ex-colonial neo-liberal ones without any decisive attempts to harmonize the two as the Southeast Asians and others have done.

And the spiritual life of Ghana is one aspect.

As a result of the disharmony between Christianity and traditional spirituality, now and then, as the Collins Agyei Yeboah-Nana Kwaku Bonsam spiritual row show, a commotion in the Ghanaian spirituality front, with the confused citizenry, who appear not to understand African spirituality deeply enough because of its immense pollution by colonialism and its Christianity appendage, falling over each for spiritual balance in the face of poverty and distress. Despite all this African spirituality is a great survivalist, midwifing itself, mystically, and other spiritualities globally. In Peter Paris' The Spirituality of African Peoples: The Search for Common Moral Discourse, there is the indication that African traditional “understandings of God, ancestral spirits, tribal community, family belonging, reciprocity, personal destiny and agency, have not only survived great cultural upheavals but remarkably even been enriched and enlivened.”

Theologians explain that African spirituality has, directly or indirectly, “influenced” the three main Western religions – Christianity, Judaism, and Islam – and their use of the words “pagan,” “primitive,” “fetish,” and “heathen,” “become devoid of meaning.” And as the powerful traditional priest Nana Kwaku Bonsam would say of Ghanaian Spiritual Churches, some of which have consulted him heavily before establishing their churches, “one realizes the enormous debt the Western religions owe to their African predecessors.”