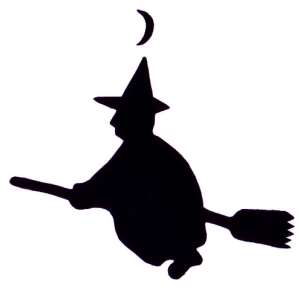 This also will partly becloud their greater reasoning needed to enlighten the Ghanaian/African progress path. If a medical doctor, who is supposed to be one of the top scientists, believes irrational, primordial witchcraft is responsible for cancer, early deaths, TB, malaria or diabetes then Ghana`s progress is largely suspicious, the foundation risky.

For, before the medical doctor starts examining a patient, she or he has already placed disturbing limits on his/her reasoning and this surely would undermine the possibilities of advancement and the tackling of extremely complicated medical challenges.

Why will a Ghanaian medical doctor, trained like any other the world over, think witchcraft, a devastating believe that has disabled Ghanaian/African greater progress for so long, is the cause of earthly problems?

The medical students think like that simply because they were born into a culture part of which socializes its people into believing in witchcraft, demons, devils and evil spirits for existential challenges. The trouble is in the medical students' brains and the culture that formed it. At the centre of the students' brain are the simultaneous skirmishes between irrationality and rationality that are largely fuelled by the Ghanaian/African culture. In the medical students' head, the irrational parts are very ancient and think more with the superstitious component.

However, because of the culture the medical students' were born into, the irrational parts of their brains have outweighed their rational parts, hence their strong believe, despite their supposedly long university education, that witchcrafts are the cause of diseases and other earthly challenges. The rational part of the medical students' brain is supposed to think more with the objective element of their brains. But this has been entangled by the overwhelming irrational parts via certain inhibitive parts of the Ghanaian/African cultures that believe witchcraft is responsible for existential problems such as diseases.

This will place limits to the higher medical reasoning of the students.

Dr. Mensah-Bonsu, an Ottawa, Canada based social policy consultant and a former chair of Ghana's Peoples National Congress (PNC), one of the minority political parties, experienced first-hand how a medical doctor's believe in witchcraft translates negatively into his or her working environment. Dr. Mensah-Bonsu had gone to Ghana's premier hospital, Korle Bu, in Accra, to visit a family member admitted there. In the course of his interactions, Dr. Mensah-Bonsu overheard a middle aged medical doctor remarking sarcastically that if the patients have been bewitched by witches in their families that have caused their ailments; they shouldn't come to Korle Bu to disturb the doctors.

The medical students would graduate and become like the apparently qualified Korle Bu doctor. In their brains will be circling simultaneously witchcraft believes and medical scientific methods, with the witchcraft, inhibitive believes dominating their objective, rational thinking because of the culture they were born into. That witchcraft has caused the diseases and the ailment of their sick patients and not poor sanitation and other human agencies. One cannot develop first class medical institutes if the main, supposedly highly trained people expected to think vastly, using their formidable training, are restricted by certain inhibitive cultural believes.

If the supposedly modern Ghanaian medical doctor, once again with long years of training, cannot extricate himself/herself from unscientific, primitive believes and has somehow receded into certain irrational traditional medicine, where diseases and ailments are interpreted in witchcrafts and evil spirits believes, then Ghanaian medical schools should be redesigned by Britain's J.K. Rowling of the witchcraft-themed Harry Potter fantasy. Here J.K. Rowling will create the equivalent of the Hogwarts School of Witchcraft and Wizardry as found in her hugely popular Harry Potter and the Philosopher's Stone.

But to do this, is to give more weight to forces of irrationality and take Ghana back to primitivity, where demons are believed to be responsible for diseases and the autocratic traditional medicine man/woman interprets ailments in these terms. Can Ghanaian medical doctors extricate themselves from such an environment and help rationalise the inhibitive values that have even entangled them?

The dilemma is seen in Elizabeth Ohene's The Rhodesian Syndrome. “The truth is we live in three different centuries in this country, not just in terms of physical facilities. Those who live in the 21st Century try to simulate 21st Century conditions for themselves and do not want the 20th, never mind the 19th Century conditions and people to stray into their horizons. Every once in a while, you can pretend that you live in a modern and progressive country, but mercifully you bump with reality all the time. It might be a radio programme about witches. In your century, with your iPads and Samsung Galaxy Tabs, people do not believe in the existence of witches. But try and listen in on a class of medical students at our leading medical school. Out of 45 students, 41 of them believe witches do exist.”

How complicated, dangerous and bizarre? The solution lies in more enlightenment in the development process, particularly teaching medical students the deadly implications of irrationally believing in witches as the cause of existential problems and using such mentality to treat sick patients.