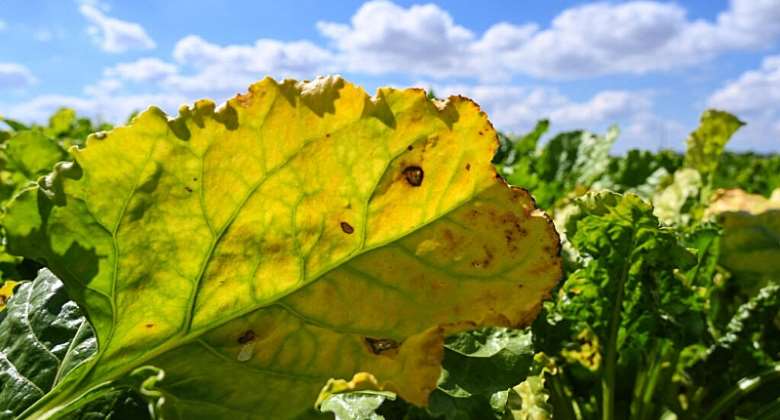 Sugar beet growers in France say a surprise decision to conclusively ban the use of neonicotinoids – insecticides that are harmful to pollinators and to overall biodiversity – amounts to a breach of trust by the government that will completely derail one of the country's biggest industries.

Farmers were weeks away from sowing beet seeds treated with neonicotinoids when Agriculture Minister Marc Fesneau on Monday announced that France would no longer circumvent EU laws that have forbidden their use since 2018.

The decision – which takes immediate effect – came four days after the European Court of Justice ruled that emergency exemptions by EU countries allowing the insecticides' ongoing use were in fact illegal.

France is the world's second-largest producer of sugar beets – an important export that, along with sugar cane, is used to make refined white and brown sugar.

For two years the government gave sugar beet growers special permission to use neonicotinoids after crops across the country were decimated by jaundice disease spread by aphids in 2020.

A draft decree authorising neonicotinoids for a third consecutive year was submitted by the Agriculture Ministry earlier this month, with Fesneau telling producers he expected the exemption to be renewed until 2024.

The government U-turn, growers say, comes after they had already purchased their seeds and finalised crop rotation plans six weeks ahead of the sowing season.

Despite promises of unspecified state compensation to offset losses for both farmers and sugar makers, industry leaders say the impact on the sector will be huge.

“We fear the crop will be abandoned altogether because the risk of planting untreated beet seeds is too high,” says Guillaume Gandon, vice president of the General Confederation of Beet Growers (CGB), the main union representing the industry.

“This in turn would unfortunately also lead to the closure of sugar factories.”

Neonicotinoids, the world's most popular insecticide, have been used on more than 140 crop varieties to control pests in some 120 countries since they were developed in the 1980s.

They have been banned in both the EU and the UK since 2018, after they were found to be extremely damaging to the environment and in particular to pollinators, including birds.

Much to the alarm of green groups, the UK government this week overruled the advice of an expert panel to grant emergency authorisation for their continued use in British sugar beets.

Neonicotinoids disrupt the central nervous system of bees, causing memory loss and paralysis that make it impossible for them to return to their hives. Repercussions for human health have also been documented.

Because they're typically administered by coating the sugar beet seeds, neonicotinoids are distributed to all tissues of a growing plant.

“Only one nanogram per gram could kill a bee, but there are also heavy doubts about the impact of this very dangerous insecticide on human health – so the ban is also great for farmers who are not going to be exposed anymore,” Veillerette told RFI.

“It's a great victory for the environment in France.”

Race for an alternative

The state-granted exemptions allowing neonicotinoids were always intended to be a stop-gap measure while alternative solutions were explored.

French beet growers lament that, to date, there is no real effective way of fighting the jaundice virus affecting sugar beets despite government-funded research.

“Even the supervisory board of the National Research and Innovation Plan, run by INRAE [France's agricultural science institute] and by the government has concluded that no viable solution has been found,” says Gandon, of the CGB.

He argues that while methods favoured by organic farmers such as crop rotation, small plots and hedge borders do work on a micro level, they are insufficient for the sort of large-scale yields the wider industry is accustomed to.

The CGB wants more time for researchers to come up with a sustainable alternative to protect sugar beets from the crop-destroying aphids.

“The state has invested 8 million euros in research, but it's only been two years and two years is far too short,” Gandon told RFI.

He accuses France of playing a game of "Russian roulette" that will ultimately see French customers ending up with inferior sugar products from other big beet producers such as Brazil or, worse still, Russia itself.

“If there are no aphids this year there won't be a problem, but if there are it will be catastrophic because we won't have the means to fight them.”

India's sinking hill town, a casualty of the warming Himalay...
38 minutes ago