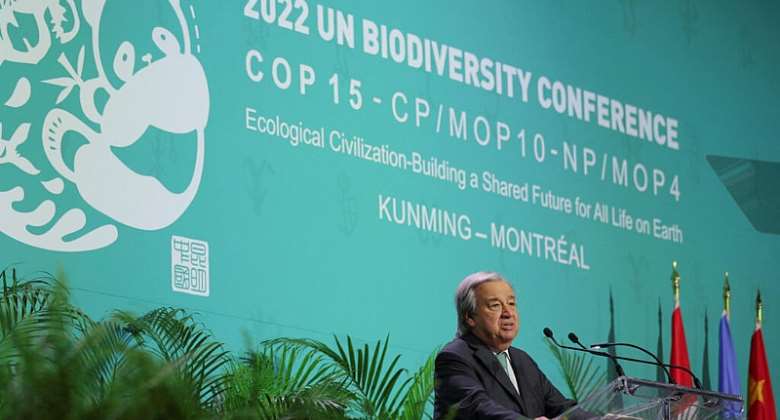 UN biodiversity talks open in Montreal Wednesday in search of a deal to save the planet's forests, oceans and species from irreversible human destruction.

Scientists warn that three-quarters of the world's land and two-thirds of its seas have been degraded by human activities and one million animal and plant species are at risk of extinction.

Delegates meeting for the Cop15 summit from 7-19 December are tasked with putting together a 10-year framework to safeguard nature.

The preservation of Africa's biodiversity – a continent in full economic and demographic growth – is seen as a major challenge for humanity.

“From mangrove ecosystems to the Congo Basin and primary forests, Africa is a vital reserve of biodiversity that is … valuable for all of humanity," said Pierre Cannet of the World Wildlife Fund.

One of the key issues for developing countries at Cop15 will be to obtain funding from rich countries to safeguard their natural heritage.

“They did not use the profits generated to preserve biodiversity at that time. That is why today, not only Africa but also other countries where biodiversity is left and where it is used and degraded, are demanding that this cost be paid,” he said.

However days of pre-negotiations leading up to Cop15 have seen very little progress on key issues including finance, fuelling fears that a good deal may not be reached.

Hoped-for targets include a pledge to protect 30 percent of the world's land and seas by 2030, eliminating harmful fishing and agriculture subsidies, tackling invasive species and reducing pesticides.

Deadline for debt exchange programme may be extended again –...
8 minutes ago