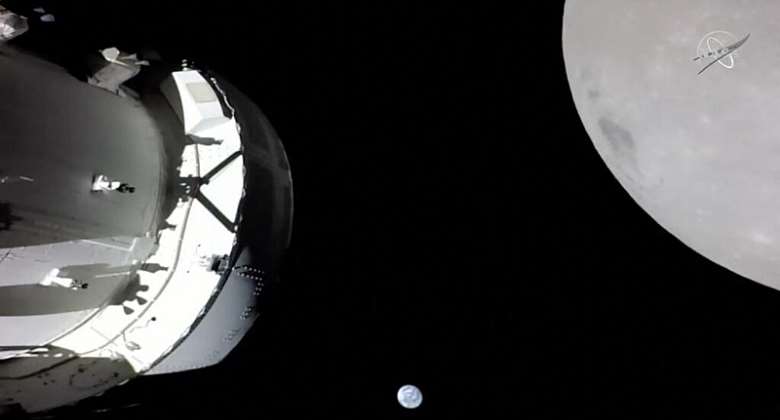 NASA's Orion space capsule is heading back to Earth after a lunar approach that saw it come within 130 kilometres of the Moon's surface.

The spacecraft fired its thrusters Monday for a big engine “flyby burn” – a 3.5 minute manoeuvre designed to change its velocity and set the capsule on course for its flight home.

NASA said the lunar flyby came a week after Orion reached its farthest point in space, nearly 270,000 miles from Earth while midway through its 25-day mission.

The unmanned capsule Orion, part of NASA's Artemis programme, swung round the Moon and back as part of a six-week demonstration mission.

The Artemis project aims to put a crew capsule into orbit around the Moon – a major milestone in NASA's quest to put astronauts back on the lunar surface for the first time since the Apollo programme ended 50 years ago.

It also seeks to establish a long-term lunar colony as a stepping stone to even more ambitious future voyages sending humans to Mars.

Artemis is named after the goddess who was Apollo's twin sister in ancient Greek mythology.

Orion is due to splashdown in the Pacific Ocean on Sunday.

If all goes well, a crewed Artemis II flight around the moon and back could come as early as 2024.

That would be followed within a few years by the program's first lunar landing of astronauts with Artemis III.