Zulu monarchy: how royal women have asserted their agency and power throughout history 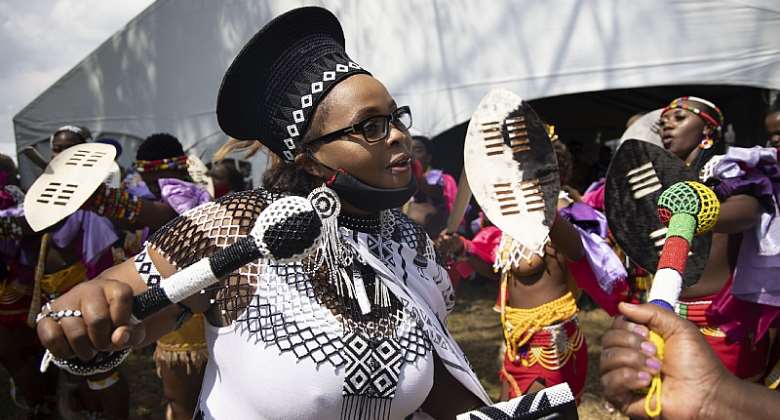 The passing away of South Africa's Zulu king Zwelithini kaBhekuzulu in March 2021 refocused attention on the role of royal women in Zulu leadership. After the official mourning period, and to the surprise of many observers, the late king's will appointed his senior wife Queen Mantfombi Dlamini Zulu to hold the throne for his successor.

Queen Mantfombi died six weeks later. Her will named her son Misuzulu kaZwelithini as the heir.

In response, Zwelithini's first wife Queen Sibongile Dlamini Zulu and her daughters, Ntombizosuthu kaZwelithini and Ntandokayise kaZwelithini, challenged the late king's will in court . They tried to prevent Misuzulu's installation.

These contestations are only the latest episodes in a long history of royal women's agency in the affairs of the Zulu kingdom.

Since 2010, the South African government has formally recognised seven kingdoms in the country. Of these, the Zulu royal house is the best financially supported. As a result of secret negotiations in the last days of apartheid, the Zulu king is the largest landowner in the province of KwaZulu-Natal. He is the sole trustee of nearly 30% of KwaZulu-Natal's land. South African taxpayers support the royal family to the tune of R75 million (over US$4 million) each year.

Read more: What the Zulu kingship judgment tells us about the future of South African customary law

As scholars of traditional authority in the region that is now KwaZulu-Natal, we convened a roundtable after Zwelithini's passing with historian Jabulani Sithole to reflect on how historians have written about the king. As we noted in the roundtable, this necessary attention to Zwelithini and his forefathers has obscured the agency exerted by royal Zulu women in state-building. Historians still have much to explore on this topic. The isiZulu language, izibongo (praises) and place names are among the sources still to be mined in depth. But Zwelithini's passing provides a starting point for reflection on the role of senior royal women in Zulu history.

In the historical polities of southeastern Africa, gender and generation shaped a person's status and access to power. Respect for elders was encouraged. Women carried many responsibilities in showing respect for men. Men, too, were required to show deference for senior women – including mothers, mothers-in-law and royal women.

As the historian Sifiso Ndlovu has argued, among royals,

the primary principles of social organisation were seniority, defined by lineage and relative age.

This does not mean gender did not come into play. As Ndlovu points out, some of the praises of royal women masculinise them. The izibongo of Queen okaMsweli, who was the mother of King Dinuzulu kaCetshwayo , describe her as “uSomakoyisa”. This praise positions her as “the tough and uncompromising one”. The prefix “so” depicts a male figure (versus “no” to refer to a female).

Perhaps most famous of the powerful Zulu women are Regent Queen Mkabayi kaJama, regent for Senzangakhona kaJama, and the Queen Mother Nandi.

Regent Queen Mkabayi operated as a senior member of the Zulu kingdom during its height in the early 19th century. She was responsible for enforcing custom and advising kings Shaka kaSenzangakhona and Dingane kaSenzangakhona as part of a military council. The izibongo of Queen Nandi present her as a strong-willed and protective mother who advocated for her son Shaka's ascendancy.

Royal women defended the Zulu monarchy during times of assault and civil war. For example, Novimbi okaMsweli advised her son Dinuzulu kaCetshwayo in the wake of the Zulu civil war that followed the British annexation of Zululand. While he was exiled to Saint Helena, she kept him updated and cooperated with the prime minister of the Zulu, Mankulumana kaSophunga.

Royal women also defended King Dinuzulu kaCetshwayo during his trial after impi yamakhanda (the war of the heads, or Bambatha's Rebellion) in 1906, collaborating with Anglican missionary Harriette Colenso to position the leader as protecting Zulu autonomy.

These royal women played important roles in succession disputes. Christina Sibiya , the wife of King Solomon kaDinuzulu, provided her son Cyprian Nyangayezinzwe Bhekuzulu kaSolomon with the impetus to claim the throne. She also testified in 1945 to the government commission that found her son to be the rightful heir.

In 1969, King Cyprian's widows and Princess Greta manoeuvred to have Goodwill Zwelithini kaBhekuzulu installed. Princess Nonhlanhla shaped the official account of Zwelithini's ascendancy and rule through her contribution to his authorised biography .

The claim by Queen Sibongile that she is entitled to half of the royal estate as Zwelithini's only legal wife shows new forms of agency for the women of the royal family. It remains to be seen what role King Misuzulu's new wife, Queen Ntokozo Mayisela , will take in the public sphere.

Beyond the inner circle of the Zulu kingdom, there are instances of women sustaining chiefdoms in the early decades of colonial rule in Natal. The scholar Felix Jackson shows women members of chiefly elites attempting to reestablish polities in these difficult years.

Zulu women don't have a single, homogeneous status. Not all women enjoyed access to political power. But there were those who actively engaged in politics and governance. Their influence is yet to get full attention and understanding.

The intrigues of the succession dispute remind us that much more historical research is needed on women's access to power.

Jabulani Sithole, a commissioner in the KwaZulu-Natal Commission for Traditional Leadership Disputes and Claims, contributed to the research.

Jill E. Kelly's research has been supported by the American Council of Learned Societies and Fulbright.

2023 budget: Expenditure cuts are just a recycle of broken p...
42 minutes ago