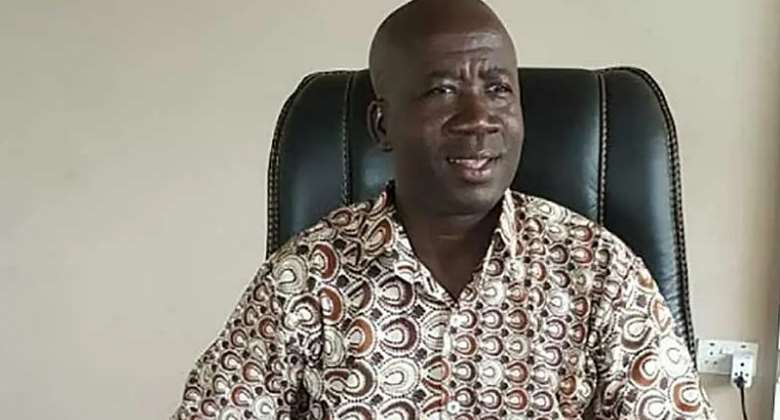 This follows a viral tape which implicated him of his involvement in illegal mining.

He has therefore been summoned by President Nana Addo Dankwa Akufo-Addo who appears to be going by his words of not shielding anybody found culpable in the fight against illegal mining.

The DCE is alleged to have been involved in dealings and transactions linked to mining concessions within his jurisdiction.

President Akufo-Addo made this revelation during his meeting with MMDCEs from mining locations in Kumasi in the Ashanti Region at Manhyia.

He indicated that the government appointee has been referred to the local government minister for questioning.

“Your colleague in Bosome Freho has been summoned by the minister for local government to come and answer [questions over the public accusations]” Akufo-Addo said. “And depending on the quality of his response, we will decide what the future holds for him.”

“I am not in the position to protect anybody, against whom evidence is massive about their complicity in this matter, when the facts are broad, you will be invited to comment on it,” the president said.

President Akufo-Addo reiterated his commitment to fight illegal mining in the country, although it cost him some votes in the Western Region during the 2020 elections.

“You are aware that in the last election, it costs us especially in the Western Region, most of the mining communities in the area turned their back on us, there were just two exceptions, Tarkwa and Bibiani, the rest turned their back on us, so there is a political cost to the fight we are waging, it's a cost we should be prepared to pay in the interest of Ghana.”

The president has therefore called on traditional leaders to join in the fight against illegal mining, popularly known as 'galamsey' as the activity destroys water bodies across the country.

President Akufo-Addo clarified that his government is not against mining, but activities that will lead to the destruction of the environment.

He said the campaign should be devoid of partisan politics to achieve its goals, calling for all hands should be on deck to protect the environment, adding the campaign “can only succeed if it is a truly national battle.”

“No one seeks to exploit [the fight against galamsey] for political gains as we saw in the last election.

“The progress of our country depends on all of us, all citizens of Ghana, all fellow Ghanaians, pulling together to defeat this existential threat to our future.

“I ask all of you to join hands with me in the fight against illegal mining in order to bring to an end the devastation of our lands and the pollution of our water bodies,” President Akufo-Addo noted.