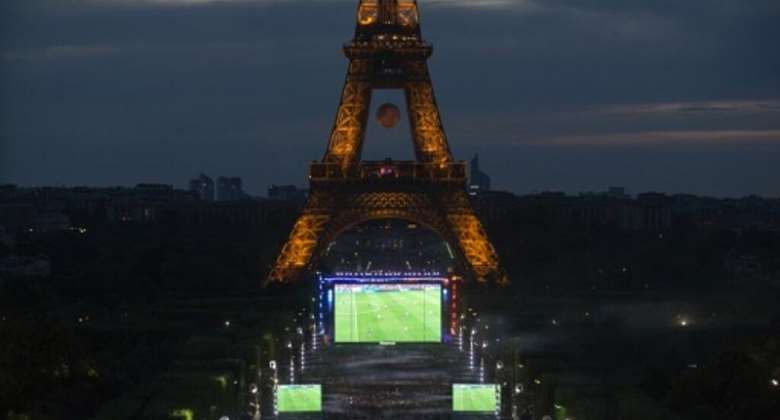 Paris, Marseille and Bordeaux have become the latest French citites to back away from centrally located fan zones to celebrate the football World Cup which starts on 20 November in Qatar.

France will go into the 32-team tournament as defending champions and play their opening game in Group D on 22 November at the 40,000 seat Al-Wakrah Stadium against Australia.

Matches will follow against Denmark on 26 November and Tunisia four days later.

But despite a squad likely to be boasting stars such as Kylian Mbappé, Karim Benzema and N'Golo Kanté, the Bordeaux mayor Pierre Hurmic said that not only would he be snubbing the tournament on TV but his town hall would not cough up the cash to pay for big screens in fan zones.

"I would have the impression, if Bordeaux hosted these fan zones, of being an accomplice to a sporting event which represents all the humanitarian, ecological and sporting aberrations," said Hurmic.

Award
Since Qatar was awarded the right to host the tournament in 2010 by world football's governing body Fifa, campaigners and activists have highlighted the treatment and plight of migrant workers on the construction sites for the stadiums.

The official death toll is only three. But the International Labour Organisation (ILO) said in a report that 50 workers died in work-related accidents in Qatar in 2020 and that 500 had been seriously injured.

The ILO said the figure could be higher because of gaps in the accident registration system.

The environmental lobby has been outraged by the plan to ventilate stadiums to between 18 and 24 degrees Celsius while temperatures outside hit 29 degrees Celsius.

Discrepancy
"You cannot call on your fellow citizens to be sober and yourself be an accomplice to energy aberration of this nature," said Hurmic.

"Those who awarded the World Cup to Qatar were light years away from what energy sobriety was."

Pierre Rabadan, deputy mayor of Paris in charge of sport, said: "There was no question of installing broadcasting zones for several reasons: the first is the conditions of the organisation of this World Cup, both on the environmental and social aspects, the second is the timing, the fact that it takes place in December."

A statement from the councillors running Marseille branded the tournament a human and environmental disaster.

"It is incompatible with the values we want to see carried through sport and especially soccer," added the communique.

'Nonsense'
On Saturday, Martine Aubry, the Socialist mayor of Lille, announced that no giant screens would be installed.

The 72-year-old former government minister said the municipal council had voted overwhelming to reject giant screens in the city centre.

"The tournament is a nonsense with regard to human rights, the environment and sport," tweeted Aubry.

Strasbourg was the first city council to say it would not provide giant screens in fans zones. Since its decision in September, Nancy, Rennes and Reims have followed suit.

"I do not endorse the organisation of this competition in this country," said Christian Teyssèdre, mayor of Rodez in south-western France.

We haven’t rejected Justices Gaewu and Koomson – Appointment...
46 minutes ago

Stop the wrongful, multiple sale of lands — Akufo-Addo to ch...
46 minutes ago