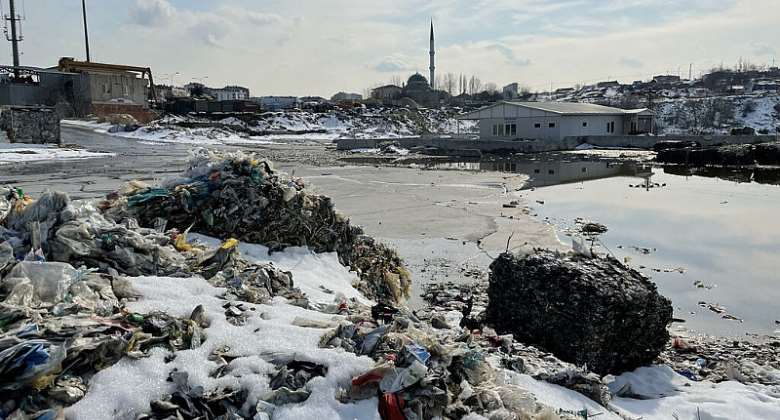 Turkey's plastic recycling industry has been harshly criticised in a Human Rights Watch report that highlights health problems for workers and residents who live near processing plants. The report also attacks the European Union, for which Turkey is the primary plastics recycler.

"Plastics contain toxic chemical additives, things like dioxins and phthalates that can cause cancer," said Krista Shennum, author of the report, "The reproductive system is harmed. as well as short-term health impacts like asthma and skin ailments, things like that."

In Istanbul's Bayrampasa district, the heart of the city's recycling industry, the air is thick with chemicals used in recycle plastic. Residential apartment blocks surround the factories, there is a hospital nearby, while children play in a local park.

The Human Rights Watch report says most plastic recycling factories are located in Istanbul and Adana, two of Turkey's most densely populated cities.

"The factories and houses are located side by side," explained local Sedef Kurt, "We spent a lot of time in the noise, the smell, the filth. This is how our childhood passed. I am 34, and I now have problems with my lungs."

The recycling industry maintains that strict regulations are enforced to protect both workers and residents.

Dr Salih Kanbak of the Turkish Recycling Association admits that such criticism may have been warranted in the past, but insists the industry has cleaned up its act. Kanbak claims strict monitoring is enforced on the plastics imported for recycling and the factories processing them.

"There are some extreme regulations in the last legislation," said Kanbak, speaking of laws which date from 2021. "We are also having inspectors not only from the Environment Ministry but also from the other ministries as well.

"They give no warning before they visit. We see them at the door; we are here to check your company," he added. "They will discover if there are children working, which is not legitimate. If they are making illicit or illegitimate recycling, we would like to know their names so we can eradicate them from the system because this is very important."

But the Human Rights Watch Report claims the regulations are often not enforced and that there aren't enough regulators. Where inspections occur, the report claims that the factories receive advanced warnings in many cases. So far, the government has not responded to the report.

A booming sector of the Turkish economy

"Since 2018, when the Chinese government banned it, banned plastic waste, roughly 450,000 tons from the EU has been sent to Turkey each year," said Shennum

Human Right Watch said the EU has the responsibility to those recycling Europes waste. "We'll be following up with decision-makers in the EU to kind of push them to have stronger regulations to respect the rights of people who are in countries impacted by European waste exports," said Shennum.

Plastic recycling is a central part of environmental efforts for a greener world. But, according to Human Rights Watch, many among Turkey's most vulnerable are paying the price for that aspiration.