Resign and go to your hometown, there's no way you can restore the economy and succeed — Prophet Kofi Oduro tells Akufo-Addo 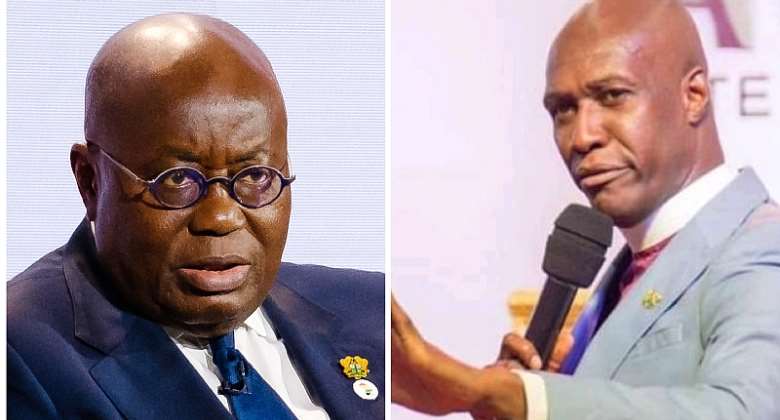 Prophet Kofi Oduro, founder and leader of the Alabaster International Ministry says he does not believe President Akufo-Addo can revive the country's ailing economy.

The outspoken prophet asked the President to just resign and take a rest.

He advised Ghanaians not to waste their time believing that the NPP government can solve the country's economic problems in a sermon delivered at his church on September 18.

If the President does not heed Prophet Oduro's advice, he said things will quickly escalate before the 2024 general elections. “If I were president Nana Addo Dankwa Akuffo Addo, I would have resigned and gone home safely."

He adds “if we are thinking that Akuffo Addo and his government are not performing, then from now until the next elections, they will fail a bigger time. They can’t stand the wind which is blowing. They have no clue. If I were the President, I would have resigned and gone to my home town. What is coming can only be handled by a person who knows their God.”

“I warn the Ghanaian people to quit waiting for President Akufo-Addo to perform sudden miracles and wonders to help transform or put an end to the economic misery and crises that have taken over the Ghanaian economy. Government officials can only ensure that everything is kept in order,” he stressed.

Prophet Kofi Oduro said the only solution is for the President to appoint a genuine prophet as his advisor.

“And this situation can come to pass when a righteous man of God is appointed to give advice sent to him by God to the president. If not, this government will fail woefully in every aspect of the work that they do. Not just up to a year, but it will occur until the end of a new election in the country, Ghana,” he intimated.