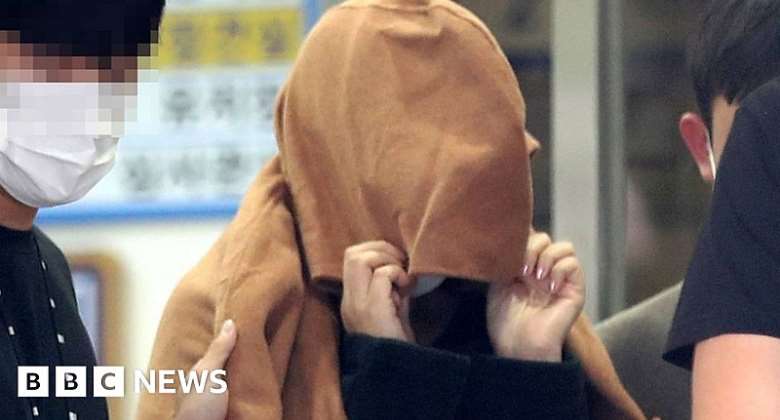 South Korean police say they have arrested a woman accused of murdering her two children whose bodies were found in suitcases in New Zealand last month.

In a case that shocked the country, the bodies were discovered by strangers who had bought the abandoned suitcases from a storage unit in Auckland.

The bodies were believed to have been stored for a few years. Korean police said the victims were aged 7 and 10.

New Zealand has applied for the woman’s extradition from South Korea.

Police in Auckland said they had worked closely with South Korean authorities in their search for the woman, after saying last month they believed she was in South Korea.

The woman had fled to South Korea in 2018 after the children’s deaths, South Korean police said. She is a 42-year-old New Zealand national of Korean descent.

A global Interpol warrant had been issued for her arrest. Officers arrested her on Thursday in a midnight raid on an apartment in the south-eastern city of Ulsan.

It followed a stakeout after investigators received tips about her whereabouts, Seoul’s National Police agency said.

Last month, New Zealand police said they were searching for the woman after they managed to identify the children, whose names have not been disclosed.

“To have someone in custody overseas within such a short period of time has all been down to the assistance of the Korean authorities and the coordination by our NZ Police Interpol staff,” said New Zealand Police Detective Inspector Tofilau Fa’amanuia Vaaelua on Thursday.

Police have requested the suspect be denied bail prior to her extradition to New Zealand where she faces murder charges.

The children’s bodies were discovered in early August after a separate family bought a trailer-load of goods, including the suitcases, in an online auction.

That family had no connection to the deaths and had suffered great distress in the period following the discovery, officers said.