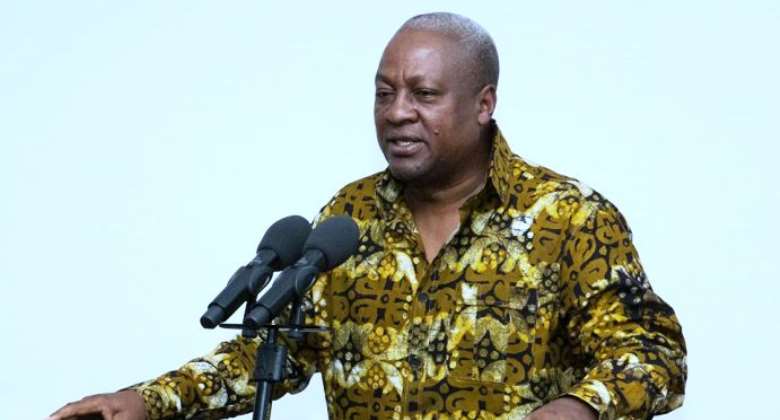 Our forebears say, "when you have a ball of cotton wool stuck in your annal cavity, you don't go jumping over a bonfire."

Ordinarily, l will not make a comment on the raging brouhaha, however, given the gravity of the obvious untruths you peddled in your interview with Alfred Ocansey of TV3, l am compelled to say something.

In your interview, you indicated among other things that the state has reneged on its obligation as far as your welfare/conditions of service as a former Head of State, and that of your staff were concerned.

That the state has refused to pay your office and domestic staff -- cooks, gardeners, cleaners; air tickets, electricity and water bills. That you have also been denied official vehicles in line with your conditions of service --- And that you pay for the cost of the abovementioned from your personal resources.

Initially, l became worried and angry when l heard you speak, and in fact, sympathized with you there and then, considering the fact that you are a former president of Ghana, who, by law is entitled to these benefits. I was angry because l thought there was no way a former president would/could fabricate stories in the media just for his political shenanigans.

Little did l know that you were telling big fat lies just to court public sympathy and make the government in power look bad in the eyes of unsuspecting public.

For good reasons, l have reluctantly declined the temptation of publishing some sensitive documents as proof of payments from the state to you to cater for all the things you itemised; including the procurement and allocation of brand new vehicles to you, your spouse and security detail.

More shocking is the fatty salaries some of your personal aides are drawing from the state. Shocking because, you're the same person going round the country talking about scrapping ex-gratia should an NDC government take over in the future.

The question begging for answer is; why don't you and your staff decline these financial commitments from the state in your capacity as an "Article 71 holder", so as to reinforce your populist promise of abolishing that constitutional provision?

Well, l don't want to believe you preach virtue but practice vice, suffice to let you know that discerning minds are keenly listening to your pronouncements, and will not be swayed by your populist posturing.