Nigeria: Pains Of Misgovernance Have No Tribal Marks! 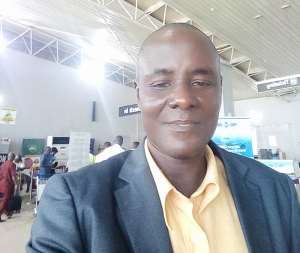 Many Nigerians are stuck with zero experience of what it means to live in a decently run society. Laden with a long history of mostly inept, insensitive and less-than patriotic leaders, it seems abnormal to expect any bit of improvement in their daily existence from the government. Massive infrastructural decay and regular reports of primitive accumulations of illicit wealth by light-fingered public officers have since lost their capacities to shock.

In fact, most people have since adjusted their lives to perennially absorb the vicious impacts of these debilitating vices. They only extract some bit of cold comfort from continually reassuring themselves that they are in such a hopeless and helpless situation where these excruciating fallouts of leadership failure will remain the resilient, inseparable companions they are condemned to perpetually coexist with – which will always be there to hurt their country and diminish their joy, peace and fulfillment.

Those who lack the resources to obtain some form of alleviations resign themselves to fate hoping that they would be able to sustain the capacity to continue enduring these searing rewards of successive wayward and rudderless leaderships – which will remain their perpetual sources of torments.

Even the Nigerians who reside in well-ordered societies, where leaders are accountable and basic amenities are meticulously provided and maintained, once they touch down on Nigerian soil automatically adjust their minds to endure the excruciating realities of life in Nigeria. They only derive some consolation from the fact that they would soon jet out again to where sanity and orderly existence are taken for granted.

And so, when it is election season and this set of disenchanted and disoriented Nigerians are ready to vote, they do not even bother to interrogate the antecedents, hollow promises and other antics of the candidates having concluded that they are all the same – members of the same cult of corruption and ineptitude; they would only seek to extract some ephemeral emotional satiation from lending their support to somebody who shares the same ethnic or religious identity with them. At least, they can always derive some comfort (or even animation) from the fact that their “brother” or “sister” had also joined the rampaging band of locusts, and that their votes had helped to achieve that “feat” for their people!

Some others will eagerly accept contaminated crumbs from the tables of these same callous, thieving politicians who have cruelly impoverished them and mortgaged the future of their children and go all out to promote, mobilize voters and even fight for them to ensure they capture elective offices to continue their boundless looting of the public treasury.

Unfortunately, there is hardly any green vegetation anywhere again for the locusts to swoop on and devour! What we have all over the place are long stretches of excruciating aridity which only rewards with poverty and hardship all that are unlucky to have Nigeria as their home at this time, except the treasury looters and their accomplices.

Only recently, the London-based Economic Intelligence Unit (EIU), the research and analysis division of the Economist Group, told the world what most people already knew, namely, that Nigeria’s “debt service payments in the first four months of 2022 totalled N1.9trn, which was greater than its total revenue of N1.6trn, according to the 2023‑2025 Medium-Term Expenditure Framework and Fiscal Strategy Paper (MTEF/FSP) draft presented by the Finance, Budget and National Planning Minister, Zainab Ahmed, on July 21st.”

In plain language, what we are being told is that the amount being spent to service the huge debts accumulated by the Buhari regime, as a result of reckless borrowings, including the USD1.96 billion foreign loan for the construction of an undesirable rail line from Nigeria to Niger Republic, has far exceeded our country’s income, forcing Nigeria into the perilous state of compounding the debt burden by borrowing more money to service debts!

The Excess Crude Account (ECA), Nigeria’s savings for the rainy day, which stood at $2.1 billion when Buhari became president, instead of increasing, had by June 2022 been brutally reduced to $35.7 million. By July, it plunged further down to $376,655. It will be a huge surprise if one cent would remain in it in the next couple of months.

And clearly at sea as to how to crawl out of the sticky pit he has dragged Nigeria into, President Buhari is still playing the profligate big brother out there, dolling out USD$1 million to Afghanistan a few months ago and recently approving N1.14 billion for the purchase of posh SUVs for Niger Republic to strengthen their security operations while the country he purports to rule is scarily submerged in worsening insecurity.

For about six months now, the Academic Staff Union of Universities (ASUU) has been on strike due to very poor working conditions, and hapless parents are forced to watch the unsightly and devastating spectacle of their children’s future being toyed with by insensitive politicians whose own children are mostly studying in quality schools and colleges in better managed countries of the world.

Indeed, unless a competent and patriotic manager is allowed to take over the leadership in 2023 and steer her away from the path of disaster, Nigeria, already miserably broke and prostrate, will fail beyond what anyone had thought was possible in a country ruled by human beings.

At the recent national conventions of the two faces Nigeria’s terminal affliction, the All Progressives Congress (APC) and Peoples Democratic Party (PDP), the delegates that voted to choose their presidential candidates were reportedly bought soul and body with crispy wads of US dollars – an unwholesome indulgence that unleashed further hurt on the economy. This is apart from the hundreds of millions of naira earlier squandered to purchase nomination forms and sort out other logistics.

Now, after investing all these millions of dollars and billions of naira to secure their tickets alone and then more billions to prosecute the campaigns and buy votes from willfully impoverished Nigerians, would their first mission if by any stroke of misfortune any of them emerges as the leader of this unfortunate country not be to hurriedly seek to recoup their investments with rich interests?

And will Nigeria’s already bankrupt economy be able to survive such boundless looting for a few more months when they and their associates who helped them to power descend on it like starving locusts?

Social media reports say that a presidential candidate has hired about 1000 young people and armed them with laptops and data to market him and demonize his opponents.

It will be tragic if among these misguided lot are university students who have been at home for the past six months because government officials think it is better to pocket and squander the scarce resources of Nigeria than to use them to secure the future of the younger generation by giving them quality education.

Now, these youths would be naive to expect to return to school any time soon, after being paid for a few months to help enthrone another callous and corrupt government with a handsome fraction of the money that could have met their lecturers’ demands.

As these old parties which have since eroded their credibility and ability to inspire the populace deploy the same well-worn shibboleths to recapture power and continue Nigeria’s march to desolation, Mr. Peter Obi suddenly emerged as the presidential candidate of the Labour Party (LP) and immediately captured the widespread admiration and acceptance of many Nigerians with his sterling records of transparency and competence demonstrated while he served as Governor of Anambra State and clear message of economic recovery and growth.

Hope was suddenly rekindled in many discouraged Nigerians that their country was not a lost case after all, and that somebody has emerged with the vision and ability to steer Nigeria from the path of disaster and guide her back to safety and prosperity. This singular development led to an upsurge in voter registrations by long disenchanted Nigerians who had lost interest in voting since Nigerian elections became drab rituals that mostly recycled expired drugs as leaders.

Stunned, the politicians of the old order rose with wild desperation, vigour and vicious determination to resist Obi’s bold move to reclaim the country for the people. They know that Nigerians have become aware that Obi has the courage, competence, resolve and unyielding patriotism to remove the feeding bottles from their greedy mouths, pull Nigeria out of their vice grip, and return her to the Nigerian people.

Not finding anything about corruption and incompetence to discredit Obi with, they have regurgitated the same old, weak tool of ethnicity and have unleashed their attack dogs to do and say anything to “Igbonize” his candidacy, even when it is very clear to everyone that Obi is not seeking to be president of Nigeria because he thinks it is the turn of the Igbo to produce the next president.

He is instead running for office because of his zeal to reverse the bludgeoning rot eating Nigeria down. He is eager to transform the country from a place of consumption and money-sharing to a place where production is alive and active to better the lives of the citizenry. He is coming in to diversify the country’s earning by creating massive exports and prosperity outside the oil sector, which will also boost massive employment and development.

But those who have held Nigeria to the ground for ages and sucking her dry are manufacturing all sorts of dirt to destroy his image and halt him his rescue mission. They know that the success of his reclamation effort will block the pipes through which wealth had flowed to them without any sweat.

In today’s Nigeria, it would seem that both the APC and PDP, the two faces of the same affliction killing Nigeria, have joined forces to fight the Labour Party, just because of the unprecedented acceptability Obi has attracted from Nigerians across board within a very short period. Indeed, it is every Nigerian that will benefit from the prudent government and recovery programmes the Obi Presidency is planning to execute.

The funds that will be saved by blocking the various avenues through which government officials loot the treasury and create needless hardship for Nigerians will now be judiciously channeled by the Obi regime into projects for bettering the lives of all Nigerians. Under this Buhari regime, for instance, one man alone, reportedly, pocketed the staggering sum of N109 billion! And the government is saying that they cannot meet the demands of public university teachers so the students can return to school?

Now, note that this fellow is the only one they have chosen to “catch” and expose! There might still fatter cats in there looting boundlessly and leaving the country and her citizens wretched and terribly famished.

If the Nigerian masses, however, allow themselves to be deluded once again, they will all be here to suffer the consequences of their tragic decision. They are already crying because of the pepper rubbed on their eyes with the worsening hardship of last several years. Voting wrongly again can only mean the perpetuation of the unimaginable suffering they are currently writhing under, which they are hoping could be lifted with the coming of a new, patriotic and competent administration.

Indeed, the excruciating pains of corruption and incompetence have no tribal marks. They do not unleash their torments with discrimination. They viciously attack everyone irrespective of his or her place of origin, voting preference or even the tribal marks of the new misruler they have helped to enthrone. Nigerians from Katsina, Buhari’s home state, or even the entire North that gave him the loudly trumpeted twelve-million votes, can attest to this.

*Ugochukwu Ejinkeonye 's book, "Nigeria: Why Looting May Not Stop,” is available on AMAZON.COM ([email protected])