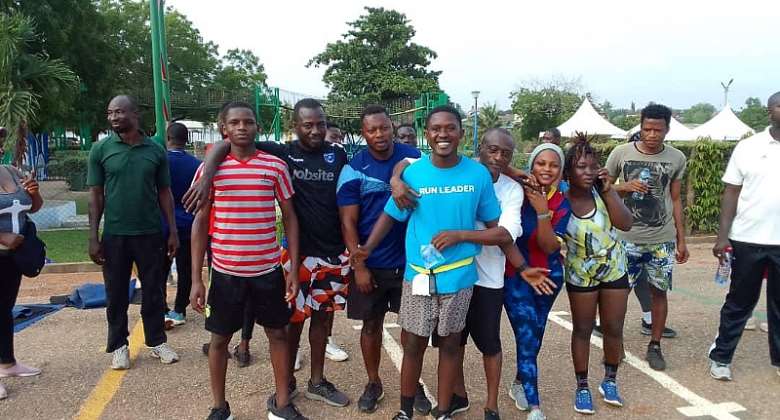 The UrbanBetter Cityzens4CleanAir Campaign is a youth-led campaign on clean air and physical activity to support evidence-informed advocacy for healthy climate-resilient public spaces in Cape Town, Lagos, and Accra.

The campaign has already run in Cape Town and Accra on Saturday, 3 August. It will run in Lagos in September.

"If Africa is the fastest growing continent, population-wise, if we are the most rapidly urbanizing population if we are the youngest population, then global innovation should be coming from here," Dr. Oni says. She hopes to show this in the CleanAir4Citizens campaign's three participating cities. Through the campaign, UrbanBetter wishes to educate people about the significance of combating air pollution as an essential first step toward simultaneously addressing climate change and health concerns.

Dr. Oni and the UrbanBetter team hope to use the citizen science data generated by young people to amplify youth voices in the areas of air pollution, climate change and health advocacy. Through the air we breathe, the places we frequent, and the food we consume, UrbanBetter's Cityzens initiative seeks to leverage urban infrastructure and development for planetary health.

Young city scientists from all over Accra, Ghana, took part in the data runs and helped generate this raw data - on Saturday, 13 August. Participants set out on routes across the city that they and the run's organizers had planned in advance. Run leaders will then be invited to a follow-up workshop in Accra on 4th October, where they will interpret their data and use their data stories to design advocacy campaigns that they will implement in November while COP27 is happening.

Dr. Oni says, “We can’t change what we don’t measure, and measuring air quality in our cities is highly inadequate.” That is what the #Cityzens4CleanAir wants to change. Run leaders aged 18 to 35 used air quality sensors and a mobile app to record video, photo and audio footage of the features of their built environment that impact runners' health and performance. They recruited peers who ran alongside them while monitoring air and building quality with wearable sensors that are connected to the app.

Ultimately, the UrbanBetter team is collaborating with youth in Accra to launch advocacy campaigns during COP27 in Egypt this November. While COP27 is taking place, runners will also collect data that will be used to inform a continental advocacy campaign. UrbanBetter will send one person from each of the three cities to Egypt at this time for this very purpose.

The campaign's end goal is to advocate for the development of citizen sensing infrastructure to generate data stories that supplement and inform urban design for climate-resilient, environmentally-friendly public spaces. With the Cityzens4CleanAir Campaign, UrbanBetter and Dr. Oni want to improve people's health. They understand that public spaces must encourage physical activity, which is essential to a healthy lifestyle. The health benefits from combating climate change and working toward cleaner air and safer public spaces go hand in hand.