One million people displaced by drought in Somalia: UN 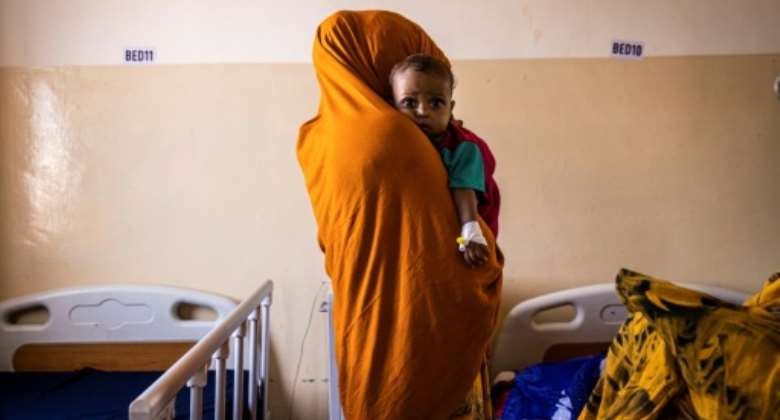 Hunger: A mother and her malnourished baby at the Banadir Maternity and Children Hospital in Mogadishu, the Somalian capital. By Ed RAM (AFP)

A historic drought in Somalia has now displaced one million people and left the country in the shadow of famine, the United Nations said Thursday.

More than 755,000 people have fled their homes but remain within the country's borders, which, when added to those who have fled abroad, brings the total to a million, the UN refugee agency UNHCR and Norwegian Refugee Council (NRC) said Thursday.

Somalia and its neighbours in the Horn of Africa including Ethiopia and Kenya are gripped by the worst drought in more than 40 years after four failed rainy seasons that have decimated crops and livestock.

An expected fifth failed rainy season is set to displace many more families.

"This one million milestone serves as a massive alarm bell for Somalia," said Mohamed Abdi, the NRC's country director in Somalia.

"Starvation is now haunting the entire country. We are seeing more and more families forced to leave everything behind because there is literally no water or food left in their villages. Aid funding urgently needs to be ramped up before it is too late."

The number of people facing crisis hunger levels in Somalia is expected to rise from some five million to more than seven million in the coming months, worsened by climate change and rising food prices driven by the Ukraine war, the UNHCR said.

On Friday, the UN's Food and Agriculture Organization (FAO) warned of a major risk of famine in eight areas by September if crop and livestock production failure was widespread, commodity prices continued to rise and humanitarian assistance failed to reach the most vulnerable.

It said the world could not wait for famine to be formally declared before taking action to save lives.

However, aid agencies say there is a dire lack of funds.

"The Somalia situation was already one of the most underfunded before this latest crisis," said Magatte Guisse, UNHCR's representative in Somalia.

"We simply have insufficient resources. The international community must step up to save lives and support this humanitarian response."

Conflict-wracked Somalia is particularly ill-equipped to cope with the situation, with a grinding Islamist insurgency limiting humanitarian access to parts of the country. Al-Shabaab militants have ratcheted up their attacks in recent months.