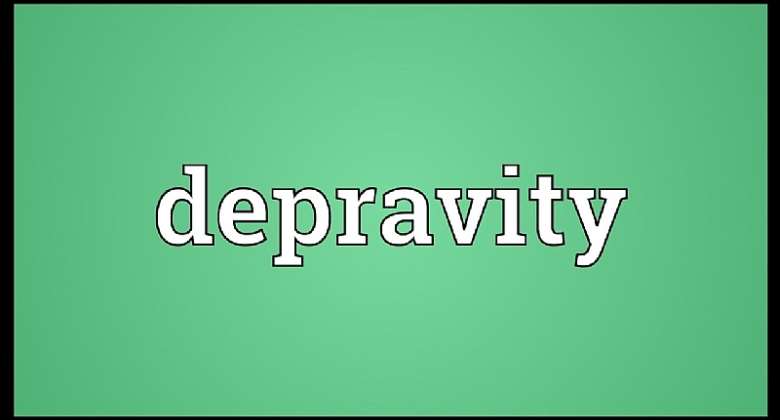 In spite of a seeming heightened spate of sermons in both Abrahamic faiths, the number of depravities in the Ghanaian society continues to augment unabated.

Some of the stories being churned out are so outrageous that we are constrained to ask whether we have been afflicted with an immorality pandemic.

A man is reported to have slept with three of his daughters somewhere in the Central Region, a story about which appears in this issue.

As if that is not enough, we have been saddled with yet again another story of a gang-rape at the Kwame Nkrumah University of Science And Technology (KNUST).

Six suspects have been rounded up and detained in relation to this depravity. Why would male students in a tertiary institution with an image to protect descend to such abyss of immorality?

That the incident happened barely a week after a police officer and a student of the same institution gang-raped a student of KNUST boggles the mind even more.

As for the police officer, the Police Administration should use his case after thorough investigation to send a message to others in uniform that such nonsense would not be tolerated. The best way to do this is to dismiss him with disgrace from the service.

KNUST is courting an image of sexual notoriety, a feature which is not commensurate with the status of the country's premier science and technology university.

The suspects do not deserve any special treatment from law enforcement as some might want to happen.

They went outside the realm of decency to inflict such physical and psychological harm on their colleague, the effects of which would remain with the young lady for the rest of her life and besides, there is no ambiguity about what the law prescribes for such iniquity.

This latest act of immorality is so beastly, we are lost for words in describing it. Considering the rising number of this moral low, we are calling for a national reflection on it.

Those who have sisters and daughters would appreciate the gravity of what has been meted out to the young lady and others before her.

We expect that the victim of the animalistic behaviour is already going through psychological treatment after her traumatic experience at the hands of the bulls.

We shudder to think that the suspects are the faces of tomorrow's leaders.

The role of deterrence in such an issue cannot be overlooked. KNUST must respond to the attack on the integrity of the young lady and the dent this has caused the institution. Some parents, given the fact that sexual predation is becoming a feature of this school, might reconsider having their daughters enroll in this otherwise prestigious university. This is shameful and appalling.