Do We Still Have Virgins In The Church? 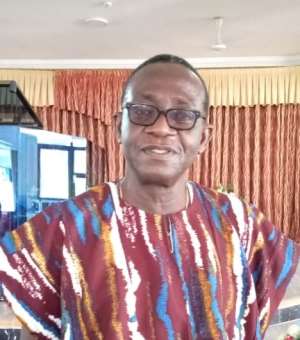 Virgin: Virginity in the bible refers to an unmarried person who has not had sexual relations. Then the king’s attendants proposed, “Let a search be made for beautiful young virgins for the king. Esther 2:2. It is about the sexual state of the mind, soul, and spirit, not just the body. This is the best state expected from young Christians both male and female. Unfortunately, not all Christian youth are virgins at the time of marriage. When God decided to come down to earth to redeem mankind, He had to look for a virgin through whom the Savior came to earth. Should God today look for another virgin for whatever purpose, could it be you?

Why do young Christians fornicate?

God abhors pre-marital sex. All sexual activities must take place within the confines of marriage. The good news is that despite low moral standards worldwide, there are still virgins in our churches, and young Christians should be encouraged to maintain their virginity until they get married.

Destroyers of high moral standards in the church among the youth in modern times include uncontrolled libido, some television programs, magazines, easy availability of cheap pornographic materials on the market, the internet made easily accessible by use of handy mobile phones. Others include peer pressure, name-calling, and people making fun of Christians who are desirous of staying pure. The above tends to put pressure on Christian youth to lose their virginity. Virgins in my schooldays were called SAINTS. e.g. Saint Mensah, Saint Cecilia.

In some rural communities, teenage pregnancies and teenage mothers are so common that it has become the norm because babies are regarded as assets rather than responsibilities. The opposite is an increase in abortions among the youth in urban areas. God does not command moral purity to deprive us of fun but rather to increase our ultimate pleasure in Him and prepare us for great sexual fulfillment when we get married. At His right hand are pleasures forever. Psalm16:11.

For this is the will of God, your sanctification; that is, that you abstain from sexual immorality 1 Thess.4:3 The Church of Christ is under sexual attack.

What should the Christian youth do?

Although pre-marital sex has become a social norm, some Christian young men and women have chosen not to have sex before they get married since they want to be obedient to God. Don’t think everybody is doing it. Young Christians should decide for themselves not to have sex outside marriage.

It can be difficult but the Holy Spirit is available to help if we rely on His support. For the young ladies, know that once the young man has access to you sexually, a formal marriage ceremony often gets delayed or may not come on at all.

Believe and be convinced that sex is God's idea and is meant to be enjoyed in a relationship with one’s husband or wife in the confines of a stable marital relationship. It is good for young high school and university students to have a dating buffer stop (that is a no-go area). This is to avoid the situation where you will be caught off guard. That can lead to pre-marital sex with dire consequences such as embarrassment to parents and loss of any chance to ever get wedded in life.

Turn down offers for parties where alcohol and illicit drugs are likely to be served. Some unscrupulous sexual predators even lace nonalcoholic drinks with drugs to induce extreme sexual pleasure at parties.

Remember as human beings, we are biologically wired to be attracted to the opposite sex at certain stages in our lives. It should be possible for the Christian youth to relate to each other at the right age without getting sexually involved.

That is why you should relate to only born-again believers who will understand your Christian conviction regarding pre-marital sex. Do not be yoked together with unbelievers. For what do righteousness and wickedness have in common? Or what fellowship can light have with darkness? 2 Corinthians 6: 14. It calls for discipline, self-control, and determination.

Abstinence from pre-marital sex is more effective and manageable when it stems from a personal belief rather than imposed by church laws and regulations.. Either way, you must abstain. Can you, therefore, decide to go and sleep or stay at your Christian boyfriend’s house without getting sexually involved? It is just not advisable under normal circumstances. Sex is such a powerful force that few people can succeed.

Remember Samson, King David, and Bathsheba. Both Samson and King David were directly anointed by God and full of God’s spirit but failed woefully under the influence of uncontrolled passion. Bible says, flee from sexual immorality. 1 Corinthians 6:18. What will neighbors think about you? As Christians, we have to make sure we do not give sin a foothold by avoiding tempting situations and concentrating on obeying God. Avoid every kind of evil. 1 Thessalonians 5:22. Your Christian testimony is at stake.

Predators to look out for

Sexual predators often start with a sexually suggestive conversation or inappropriate touches. Sternly shout at them and quickly leave their presence and avoid them. Look out for the following predators and avoid them:

Regardless of your situation, God's Grace can reach you if only you repent.