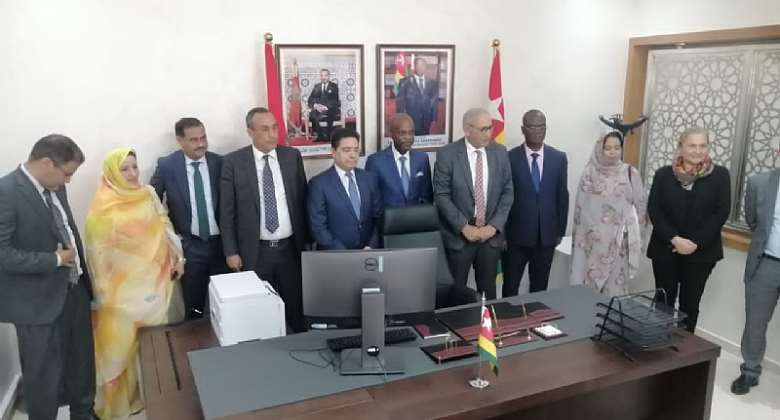 The Republic of Togo has opened a Consulate General in Dakhla, marking its firm support for the sovereignty of Morocco over its Sahara and its territorial integrity.

With this new inauguration, the number of consulates opened in the southern provinces is increased to 26 (14 in Dakhla and 12 in Laayoune).

The opening of the Consulate follows initial discussions with Morocco to strengthen bilateral relations between the two countries.

In the previous discussions, Togo’s Minister of Foreign Affairs, Mr. Robert Dussey reiterated his country’s support for the territorial integrity of the Kingdom of Morocco and for the Autonomy Plan which constitutes “the one and only credible and realistic solution to the resolution of this dispute.”

In a joint statement issued after the meeting of the two Ministers, Mr. Dussey hailed the efforts of the United Nations Organization as “an exclusive framework for achieving a realistic, practical and lasting solution to the dispute over the Sahara.”

The Togolese Foreign Affairs Minister further expressed Togo’s support for the search for a lasting solution that preserves the territorial integrity, unity and sovereignty of Morocco, under the exclusive guidance of the United Nations and in compliance with decision 693 of the Summit of Heads of State and Government of the African Union of July 2018.

Mr. Bourita, on his part, welcomed the participation of Togo in the Ministerial Conference to support the Autonomy Initiative under the Sovereignty of Morocco.

The two officials insisted on complying with the standards and procedures within the organs of the African Union and reaffirmed the relevance of decision 693 of the Summit of Heads of State and Government of the African Union, which consecrated the exclusivity of the UN as a framework for the search for a solution to the regional conflict around the Moroccan Sahara.