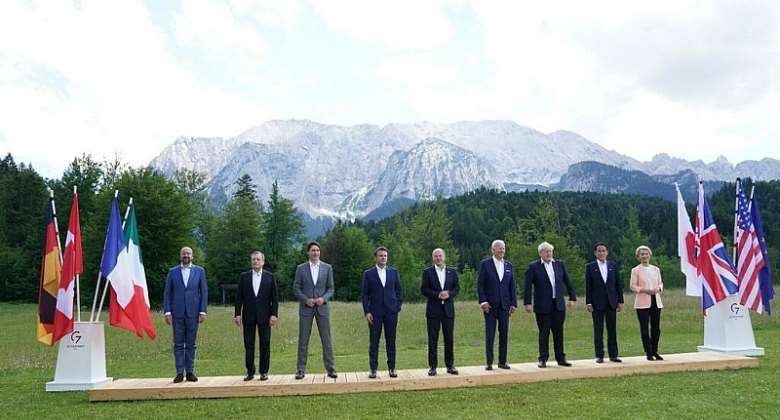 G7 leaders meeting in southern Germany have detailed plans to raise $600bn in private and public funds to finance much-needed infrastructure, notably on the African continent, and to counter China's influence in the developing world via its older, multitrillion-dollar Belt and Road project.

US President Joe Biden and other G7 leaders relaunched the Partnership for Global Infrastructure and Investment (PGII), unveiled at last year's G7 talks, at their annual gathering held this year at Schloss Elmau in southern Germany.

PGII calls on G7 leaders to raise $600bn over five years to fund the launch of infrastructure projects in middle and low-income countries.

The programme responds to China's so-called Belt and Road Initiative, which Western officials have long argued traps receiving countries in debt, and with investments that benefit China more than their hosts.

The US has promised to mobilise $200 billion of the total through grants, federal funds and private investment.

"I want to be clear. This isn't aid or charity. It's an investment that will deliver returns for everyone," Biden said, adding that it would allow countries to "see the concrete benefits of partnering with democracies".

Flagship projects include a $2 billion solar farm project in Angola, a vaccine manufacturing facility at the Institut Pasteur de Dakar in Senegal, and a 1,609km submarine telecommunications cable connecting Singapore to France via Egypt and the Horn of Africa.

$320 million has been earmarked for hospital construction in Cote d'Ivoire and $40 million for Southeast Asia's Smart Power Program to decarbonise and strengthen their power system.

PGII has been vaunted as a way of countering China's ambitious Belt and Road Initiative (BRI) which finances projects like ports, roads and bridges in more than 100 emerging countries.

While it has developed trade links, it has been criticised for luring African countries into debt traps, offering huge unaffordable loans.

Beijing disputes the charge, arguing that its loans are designed to alleviate poverty.

Von der Leyen said PGII was aimed at presenting a "positive powerful investment impulse to the world to show our partners in the developing world that they have a choice".

In February she unveiled plans to invest €150 billion in Africa, explaining that her goal was to make Europe the continent's biggest and "most reliable" partner.

Latest Photo Reports
Catch up with all the political quotes from our politicians.
Advertise here
More from China
ModernGhana Links
More fury from Beijing, as new US delegation visits Taiwan
China continues military drills around Taiwan
Competing via infrastructure: China and the G7
TOP STORIES