Battering Of Lovers In Public For Leaked Sex Video: Act Of Gross Human Rights Abuse And The Breach Of The Law 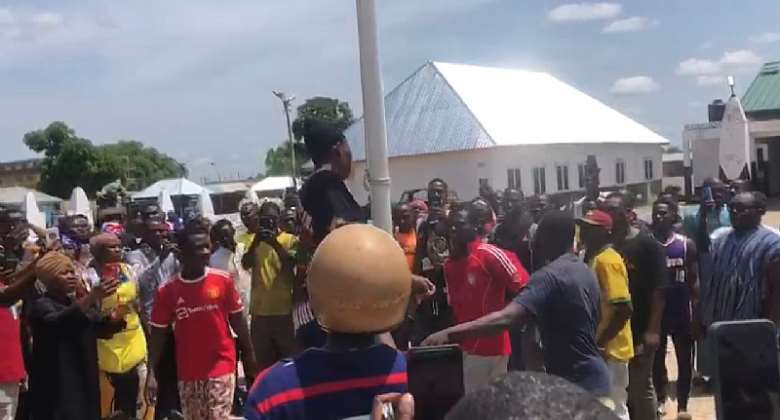 It has been widely reported with evidence by various media houses and social media users how two lovers in the WA Municipality of Ghana, were publicly flogged in the front of the forecourt of the Chief’s palace. According to the video in circulation, the ‘sin’ of these so-called lovers is that they filmed their private lovemaking act and put it in the public domain. Even before they could justify their stance on where and how the supposed ‘lovemaking’ video was leaked and circulated they had been subjected to severe beating through ‘flogging’ by a group of an angry young person and supported by some elders for defying social value order.

It is very unfortunate that in this modern era with all the level of enlightenment and human rights concerns, such barbaric acts could easily be carried out by persons and individuals who know that the laws of Ghana do not require ‘mob justice’ or ‘taking the law into one’s hand’. It is absurd and worrying in the manner in which the action was carried out and not even under closed doors but in the public. This kind of instant social justice is criminal and has many concerns for the rights of the two individuals involved.

These two lovers had every right to engage in a private act that serve their interests including recording themselves doing lovemaking if it gives them personal pleasure and attitude. If in any instance, the two try to make nuisance with those private recordings in the society, they can be reported to the appropriate institution to stand trial for creating a public nuisance. Apart from that, if any person through access to any of their phone gets access to these videos and decides to share them to disgrace them or make them public ridicule, such a person violates their privacy rights and consequently violates the Cyber Security acts 10(38) of Ghana enacted in 2020. Apart from this, the two young people had also suffered a violation of the right to freedom from torture as the result of the psychological trauma the public had subjected them through. It therefore important for the police to go after individuals involved in this barbaric act for subjecting their fellow human beings to ridicule and perpetual trauma as a result of sexual escapade. These individuals must be compensated by the state and be given state psychological assistance to reform and relieve them from the trauma they might be going through.

The Universal Declaration of Human Rights under the United Nations emphasize Human rights as rights inherent to all human beings, regardless of race, sex, nationality, ethnicity, language, religion, or any other status. Human rights include the right to life and liberty, freedom from slavery and torture, freedom of opinion and expression, the right to work and education, and many more. The right to privacy forms part of fundamental human rights and freedoms under most national constitutions or legislation including Ghana. The law of privacy protects individuals from intrusions and invasions upon their person, correspondences and communications, home and property. Privacy law ensures that the autonomy, name and dignity of human beings are protected.

I will admonish human rights experts and lawyers in Ghana to continue to intensify the campaign for protecting the rights of ordinary individuals under the law and maintain constant advocacy against numerous human rights violations in Ghana. Institutions that are set up to train human rights individuals including Kofi Annan International Peace Training Center and the Center for Human Rights, Conflict and Peace Studies (UEW) should take up more research in resolving the growing concern for human rights protection in Ghana. Their mandate should not be bound to only certification of individuals but to ensure that these trained experts go out there to live a mark as part of contributing their quota to social development in Ghana.