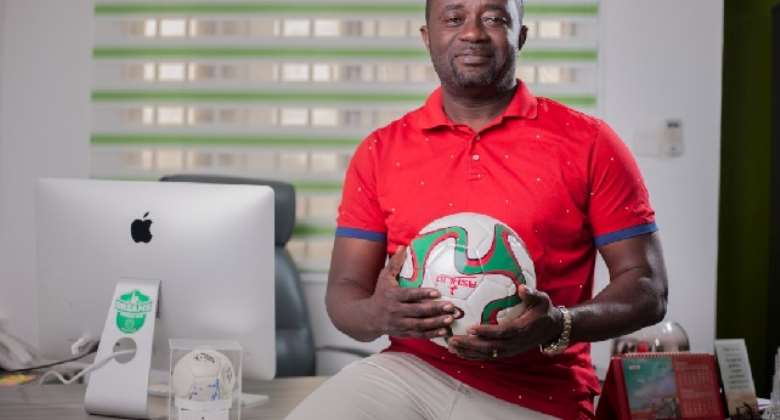 I’m sure Abusuapanin would be surprised to be reading something not related to partisan politics from his nephew. Well, my microscopic lenses are today focused on the Kurt Okraku-led Ghana Football Association (GFA). The machinations against the Great Porcupine Warriors are becoming a source of worry to some of us.

When he was elected president of the FA, Kurt was hailed as the man to reform Ghana Football and take it to higher heights. Some of us had our doubts because of his “we and them” attitude. He pulled the bootlickers closer, and pushed the likes of George Afriyie and Nana Yaw Amponsah away, because they were a threat to his presidency.

Indeed, Kurt and his guys have done a great disservice to this country. Chief among them were how clandestinely Coach Milovan Rajevac was brought back to head the Black Stars, and the loose contractual clauses that allowed Milovan to milk the country dry.

I don’t intend to prick my compatriots' wound, but the fact is that the disgraceful performance of the Black Stars in Cameroon is still fresh in our minds. Kurt put salt in our injury with his “we do not have Messi or Ronaldo” comment.

He and his ilk were however saved by the Black Stars' qualification to the Mundial in Qatar later this year. We will reserve our commentary on his reign until after the World Cup. But we cannot keep mute on the machinations to bring the Porcupine Warriors down.

I was excited when ace sports broadcaster, Dan Kwaku Yeboah, called a spade a spade, by stating that the current GFA leadership did not want the progress of Asante Kotoko. He expressed his disappointment with the manner in which the Football Association treated the referee who officiated Asante Kotoko's match against Accra Hearts of Oak, indicating that there was an obvious agenda against Kotoko.

It was an accurate observation as all could see a hidden hand trying to manipulate situations to make things difficult for the “Kum apem, apem beba” boys. Only the mischievous FA and Kotoko's main rival would disagree.

Abusuapanin, many matches played months ago had issues, which had been brought before the GFA. None of them has been dealt with. The files of those cases are gathering dust and no one cares.

But a match recently played between Kotoko and Hearts had referee Paddy suspended for the rest of the season. It must be noted that it took the FA less than two weeks to make a decision on the matter, while many other files have been gathering dust for months.

The message Kurt and his mafia buddies are sending to other referees is clear. An action on the part of any referee that seems to favour Asante Kotoko will attract similar punishment. In essence, the FA is indirectly cajoling referees to be hostile to Kotoko or risk facing its wrath.

It is instructive to note that Ebusua Dwarfs' supporters only threatened a referee and the club received a six-match ban and a fine of GH¢10,000. Nsoatreman United's supporters beat a referee and got a one-year ban.

However, the rules were varied in the case of Real Tamale United (RTU). RTU supporters beat up a referee and were not allowed to play an FA Cup match and one league match at home. In effect, the ban was lifted after only two matches so that RTU could play against Kotoko on their favourite grounds.

Of course, all the machinations have something to do with Nana Yaw Amponsah, the Kotoko CEO. Kurt sees Nana Yaw as a rival and a threat to his presidency. So he is extending his antagonism to Kotoko, because Nana Yaw will be hailed if Kotoko succeeds. And that may spell doom for him as GFA president. He and his lackeys are therefore doing anything and everything possible to make Nana Yaw Amponsah fail.

I’m however consoled by the fact that Nana Yaw Amponsah is not only aware of the situation, but is also a go-getter. He needn’t be reminded to remain focused on the rest of the matches and win the league to shame his enemies. Go, Fabulous Go! Go, Nana Yaw Go!!