The US Dollar Arrested for Harassing the Ghana Cedi 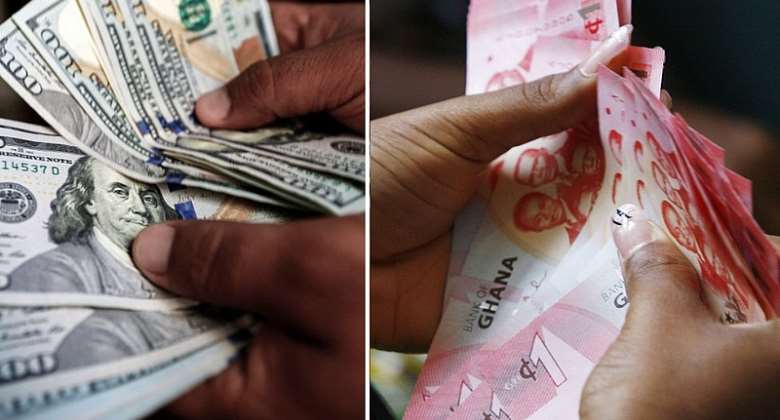 A special security operation at the Kotoka International Airport has led to the arrest of the US dollar. The Ghana Police Service, led by the Inspector General of Police, Dr Dampare, stormed the Terminal 3 of the Airport when the US dollar landed from the JFK Airport via Amsterdam’s Schiphol Airport. ‘‘The US dollar has been arrested and is in custody’’ said Dr Dampare in a tweet handled by the Ghana Police Service. The US Dollar has since been charged with economic harassment, a crime that has up 100 years in prison.

The Ghana Cedi has been the worst-performing currency among top currencies for Africa according to Bloomberg. A study in 15 African countries revealed that the Ghana cedi ranks as the last currency whilst Namibian dollar ranked number one. The depreciation of de Ghana cedi doubled this week from 7% to 14.2%. The Ghana cedi which was trading at Ghc6.02 to $1 dollar at the beginning of January 2022 currently trades at Ghc8.0 to $1 dollar.

When we reached out to the economic management of the ruling NPP, they declined to comment. However, we were fortunate to speak to the Vice President of the Republic of Ghana, Dr Bawumia. The Vice President said ‘‘the management of the cedi against other foreign currencies on the exchange front by the President Akufo-Addo led administration has been one of the best by any government in its first term, since 1992’’. However, the dollar has been very stubborn. I told him I will arrest him when he comes to the shores of Ghana. It serves him right’’. We further asked the Vice President if the ‘fundamentals of the NPP led Administration are weak’’. He argued that this is not the case for the NPP. ‘’The exchange rate economic theory has been flawed recently. So, I will not be able to used a theory that has been flawed to explain this issue. When the NDC was in power, that theory was valid. I am afraid that, the dynamics have changed. I blame Russia for Invading Ukraine’’ said the Vice President.

Commenting on the arrest of the US Dollar, the former Finance Minister Kwabena Duffuor said the weakness of the Ghana cedi has exposed the Akufo-Addo government’s government per Vice-President Bawumia’s own standard of measurement that ‘‘If the fundamentals are weak, the exchange rate will expose you’’.

The US Dollar’s wife, Ms Pound Sterling, wasn’t surprised at the arrest. “Yeah, the Dollar’s dangerous to the Ghanaian economy. It has been harassing the economy for far too long. Yet, we all know the Vice-President Bawumia also known as Walele Adam Smith, as an economic saviour of our time.

We also reached out to the former president, John Mahama to get his views. He said that “Look at the cedi, for example: when I was in office [2012], you needed 1 cedi 88 pesewas to get a dollar but now you need 8 cedis to get a dollar”. John Mahama said “the cedi is running and Dr Bawumia promised that he will arrest the cedi. It is good that the cedi has been arrested in a special joint military and police operation. When asked if his previous NDC administration has been vindicated, Mahama said that ‘‘only Jah knows best’’

Although everyone is innocent until proven guilty, the evidence against the Dollar is damning. Within hours of his arrest, hundreds of thousands of US citizens led by the CIA have submitted evidence to the Supreme Court in defence of their citizen.

The Association of Ghana Industries commented on his arrest and the Executive Secretary of the association had this to say; “The business community is worried and consumers should also be worried because at the end of the day if an importer will have to go through and bring goods under this high cost rate of the dollar to Ghana cedis, 8 per dollar as we speak, it tells you that goods and services prices will have to go up’’

“Good riddance,” said Nana Akuffo Addo, the President of the republic of Ghana who in his 2016 manifesto promised to stabilise the Ghanaian Economy. “I hope they give the dollar an electric chair. I’m glad he finally got his comeuppance.”

Although dollar has only been in custody for three, the effect on the Ghana Cedi has been profound. The Ghanaian business community are hoping and praying that dollar’s request for bail will be denied. Though the dollar refused to speak to the media, citing his fifth amendment rights, his attorney, the EURO, issued a statement on behalf of his client.

The writer is an Associate Professor of Strategy at the University of Birmingham. Views expressed in this article do not represent that of his employer. He can be contacted by email: [email protected]

Latest Photo Reports
Catch up with all the political quotes from our politicians.
Advertise here
More from Article
ModernGhana Links
Land reform in South Africa: 5 myths about farming debunked
Rock art: how South Africa's coat of arms got to feature an ancient San painting
How to impeach a president: Ramaphosa case puts new rules to the test in South Africa
TOP STORIES