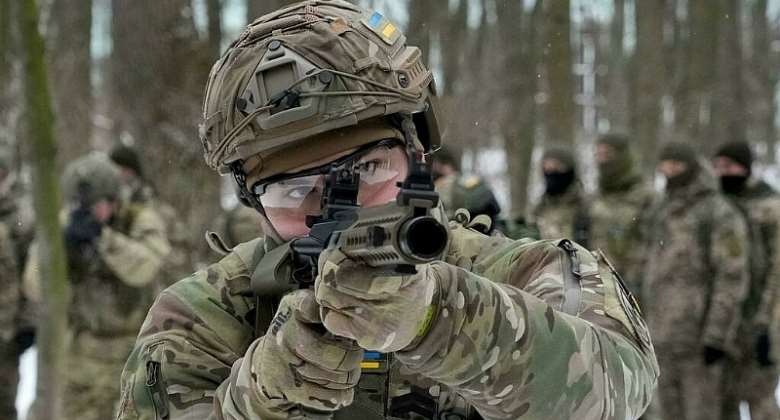 French nationals should avoid travelling to Ukraine unless they have an essential reason, the foreign ministry said Monday. The remark comes against reports of increasing Russian military activity.

Due to the Russian military build-up on the border with its southern neighbour, "it is recommended that French nationals exercise heightened vigilance", the ministry said in a statement.

"It is strongly recommended that they avoid border areas in the north and the east of the country," the statement said.

"As far as possible it is recommended to postpone any travel to Ukraine that is not essential or urgent," the ministry said.

On Sunday, the US State Department issued a travel advisory warning Americans not to travel to Russia "due to ongoing tension along the border with Ukraine".

For its part, Ukraine's foreign ministry said the US move was "premature", calling it "a display of excessive caution".

The European Union said it would not follow Washington's lead, top European diplomat Josep Borrell adding that there was no need to "dramatise" the situation while talks with Russia continue.

However Britain's foreign ministry said Monday it was withdrawing some staff and their relatives from its embassy in Ukraine in response to the "growing threat from Russia".

Australia's foreign ministry has also advised citizens not to travel to Ukraine, directing dependents of Australian embassy staff in Kyiv to leave the country.

The Nato alliance said Monday it was sending jets and ships to bolster its eastern European defences, as the US and EU looked to coordinate a tough response to Russia if it invades Ukraine.

The Kremlin meanwhile accused the US and Nato of ramping up tensions. The West accuses Moscow of threatening to invade Ukraine by massing over 100,000 troops on its border. Russia denies it is planning any incursion.

Russia moving troops to the west

Russia does not deny the troop buildup. A press release from the Moscow Ministry of Defence published on Saturday indicated that Russia and Belarus will stage wargames nicknamed "Union Courage 2022" in two stages.

In the first stage, "there will be the transfer and creation of groupings of troops on the territory of the Republic of Belarus." SU35S Fighter Jets have been transferred from Russia's Eastern Military Zone, according to the press release, to take part in the exercises.

In a thinly veiled warning to Ukraine and Nato, the statement added that during the exercise "measures will be taken to strengthen the protection of the State Border to prevent the penetration of armed groups of militants, to block the channels for the delivery of weapons and ammunition, as well as to search for, block, and destroy illegal armed formations and sabotage and reconnaissance groups of the enemy."

Meanwhile, Russia is also involved in joint naval exercises with China and Iran, both at loggerheads with the United States. According to Iran's Mehr News Agency, 140 warships and support vessels, over 60 aircraft and 10,000 military are taking part in the exercise, nicknamed "Chiru-2022".

The main focus of the exercises is "to protect Russian national interests in the world's oceans, as well as to counter maritime military threats to the Russian Federation."