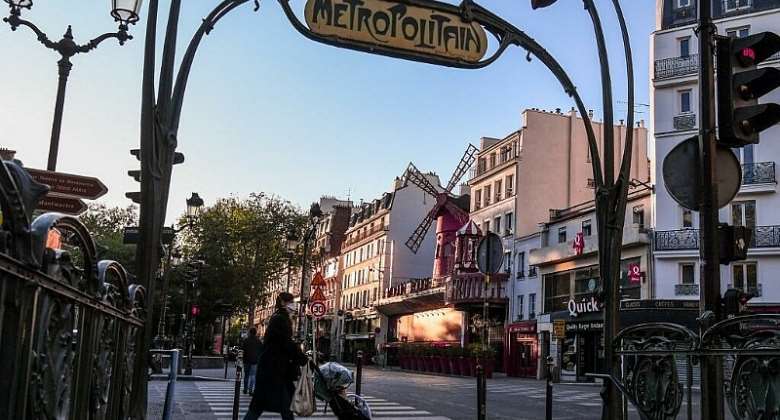 Two new stations in Paris's metro network were inaugurated this week, and both named after women who have contributed to the history of France. They belong to the "pink line" no° 4 that starts at Porte-de-Clignancourt in the north and now ends at Bagneux-Lucie Aubrac instead of Mairie-de-Montrouge in the south of the capital.

One way to see how fast urban planning is going in Paris, is to look at the extension of the underground rail system known affectionately as the "Le Métro", with 14 lines spanning over 200 kilometres and more on the way.

Some 30,000 people participated in the public consultation organised by the France Mobilities transport network (IDFM) held online in 2018 to find two new names for the 1.8km extension to line 4.

Barbara, named after a well-loved folk and pop singer who died in 1997 and is buried in Bagneux cemetery, was chosen for the first station.

The end of the line is now called Bagneux-Lucie-Aubrac, representing the name of the town and the Resistance fighter and member of the communist party Lucie Aubrac, who died in 2007.

Conservative presidential candidate Valérie Pécresse and director of the public agency, said the public voted massively in favour of these two women who hailed from the Ile-de-France region.

“It's natural that metro stations will continue to be feminised in memory of women who made a mark on the people and the history of the region,” she said.

“I'm thrilled that it was a woman's name that got chosen,” Marie-Hélène Amiable, Communist mayor of Bagneux (PCF) told Le Parisien daily at the time of the vote.

“With Lucie Aubrac, it's a clear homage to women in the Resistance, pacifists and freedom fighters.”

The opening of the station on Thursday 13 January also marks the end of a long wait. Back in 1977, the communist mayor of Bagneux Henri Ravera organised rallies to get support for an extension to the metro, a project which was publicly announced in 1994 for a projected opening in 2002 but due to financial difficulties, the construction only began in 2015.

“It's a whole working-class neighbourhood that now has access to a metro station, and that's a very good thing for our town, it makes it attractive and well structured,” Amiable told the press.

What's in a name?

Although not a hard rule, the IDFM agency says metro station names usually have a rapport with a physical landmark which simply “helps travellers situate themselves,” such as street names (Raspail, Rennes) or structures like a townhall (Mairie), or a cemetery (Père-Lachaise).

This explains why many stations are not named solely after people. Another unwritten rule is that terminus names must always state the name of the town they represent and the network mustn't double up on any names.

About 50 name changes have occurred since the beginning of the Paris metro in 1900, mostly due to historical events.

From 1914, during World War I, any name with a German reference was changed. Rue d'Allemagne (Germany Street) disappeared and became Jaurès, in homage to the assassinated leftist politician Jean Jaurès (line 5).

After World War II, Marboeuf (line1) and Rond-point-des-Champs-Elysées (line 9) were merged to become Franklin-D-Roosevelt in 1946.

In the past few years, there has been a deliberate push to add women's names to the public space, where they have been invisible for so long, be it streets, buildings, squares or stations.

One of the earliest examples for the metro is the station Vallier (line 3), rebaptised in 1946 in honour of Louise Michel, a teacher and writer who was a key figure in the Commune de Paris uprising in 1871.

In 2007, the station Pierre-Curie (line 7) became Pierre-et-Marie-Curie thus rectifying an oversight to pay tribute to his wife. The scientists shared the Nobel prize for Physics in 1903 chemistry and Marie went on the win another Nobel for Chemistry in 1911.

Other examples include Simone Veil, an MP who fought for abortion rights, whose name was added to Europe (line 3) in 2018, and since 2015 the American civil rights activist Rosa Parks has leant her name to the train and tram station in the 19th arrondissement.

More recently, Gaîté (line 13) had the name Joséphine Baker added to it, shortly after the ceremony last November (link) at the Panthéon. It so happens the Franco-American performer and resistance fighter also has a square named after her in the area.

Tributes to poetry and song

While still the minority, women's names are not about to dominate the process from here on out.

In May, the line 12 will see two new stations - Aimé-Césaire named after a poet from Martinique, who died in 2008 and the terminus Mairie-d'Aubervilliers.

Singer and composer Serge Gainsbourg will also have his name added to the station Mairie-des-Lilas as part of the future extension of line 11 due in 2023.

From this year onwards, the public will also have a chance to choose names of the stations of the Grand Paris Express, an extension to the Paris metro with 4 new lines (15-18).

Akufo-Addo cuts sod for $90million University of Engineering...
4 minutes ago