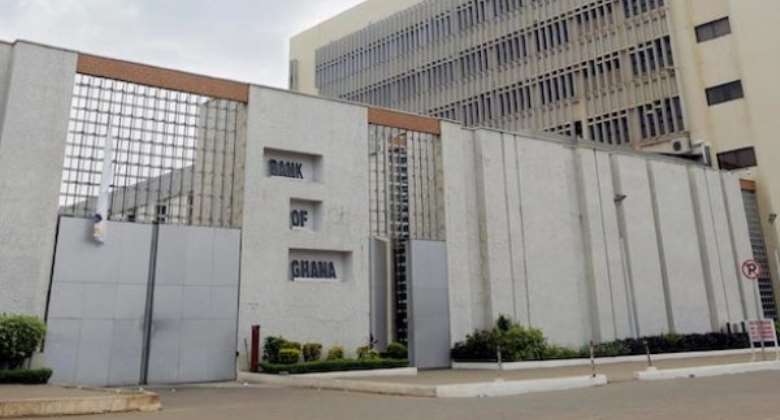 The Bank of Ghana (BOG) will on Tuesday begin the multiple-price foreign exchange (FX) forward auction for the first quarter of 2022 with a proposed amount of $75 million.

The auctioning, which will be opened for only authorised foreign exchange dealing banks, is the first of six auctioning events to be held within the first quarter of 2022.

This is in line with the Bank's objective of periodically strengthening the local currency against the most common trading currencies, especially the US dollar through the release of $450 million into the foreign exchange market within the first quarter.

The multiple price FX forward auctions are aimed at aiding price discovery, deepening the FX market, and reducing uncertainty on the future availability of the FX to meet the need of the Bank's clients.

A press statement signed by the Secretary of the Bank, Ms. Sandra Thompson, indicated that bids in accordance with the Foreign Exchange Forward Auctions guidelines would be invited as per the prescribed format to purchase United States dollars against Ghana cedis, separately on each auction date.

It said the bids, “should be submitted via the dedicated email, [email protected]”

The statement also indicated that the receipt of bids would be between 9:30 am and 10:30 am of the date of the auction while the announcement of results would be done at 15:00 hours on the same day.

“The Bank of Ghana will publish an auction calendar for the Foreign Exchange Forward Auction on a quarterly basis. The calendar will be published one week preceding the next quarter on the Bank of Ghana's website,” it added.

According to the guidelines, each bank was permitted to submit a maximum of three bids per tenor in the auction while quoting their desired amount and at their freely determined exchange rate as per quotation convention.

The maximum bid size of a single bid shall not exceed ten percent (10%) of the announced auction target.

“The cumulative volume of all bids from any single bank shall not exceed 20 per cent of the announced target for the auction” the guideline stipulated.