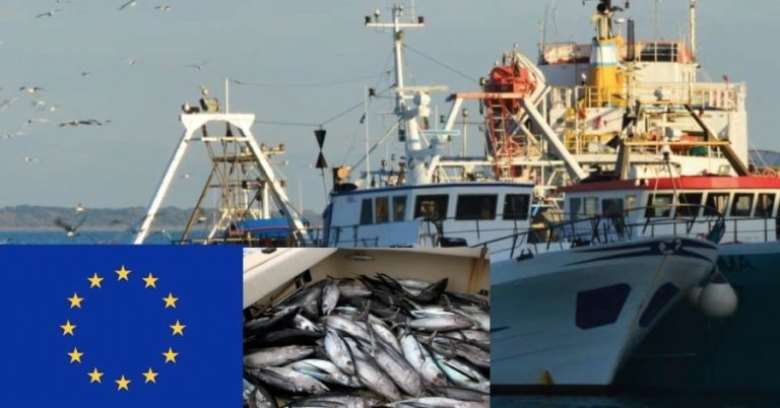 LIBERIA: The Liberian Government is fighting tooth and nail to raise projected revenues that would justify the announced growth in the West African country's economy. However, while these efforts are ongoing, officials of the National Fisheries and Aquaculture Authority (NaFAA) are allegedly collecting whopping sums of money under the guise of issuing a license for experimental research fishing vessels that plunder shrimps and other reserved marine resources.

Although the decision to issue an experimental research fishing license to the vessels contravenes part 3 section 10.24 of the fisheries law of Liberia, which among other things, states: no research fishing authorization shall be issued without such plan having been submitted to and approved by the Director-General, "Liberian authorities gave temporary approval for experimental fishing in Liberian waters.: NaFAA Director-General Emma Metieh Glassco remains adamant that no law was violated despite the international ire being drawn from key stakeholders. Furthermore, an investigation into circumstances surrounding the issuance of these temporary permits found no specific payment method for the experimental fishing authorization.

The scheme has struck the European Union (EU) on the cheek so hard that they are requesting an explanation from Liberian Fisheries officials on the basis that these vessels are engaging in fishing activities that are not consistent with the so-called "experimental research fishing license.

The EU indicated that the action of the Liberian authority is alarming and the associated impacts which undermine the Illegal Unregulated and Unreported (IUU) regime already in place to safeguard against shady dealings such as these that are causing the Liberian government substantial revenue losses in taxes.

An investigation has shown that the three vessels are operating off the shores of Greenville, Southeastern Liberia, after conducting deepwater fishing activities in Harper, Maryland County, and offloading in Ivory Coast and Senegal with no records of their catches.

Holding on to the privileges enjoyed under the "temporary authorization" permit, the operators evade paying 10% export tax that would go to the Liberian Government had they been issued a regular license. Experts in the industry have opined those backdoor dealings of Liberian authorities with these vessel leaves much to desire and point to organized pillaging.

In November this year, the President of the African Confederation of Artisanal Fisheries Organizations (CAOPA), Mr. Gaoussou Gueye, was alarmed that in Liberia, Spanish trawlers re-flagged in Senegal are plundering deepwater shrimps' resources in the artisanal fishing zone under the pretext of experimental fishing."

One recent study estimates the cost of illegal, unreported, and unregulated fishing (IUU) to just six west African countries at $2.3bn (£1.8bn) a year. It is a cost that Liberia, one of the world's poorest nations – and heavily dependent on foreign aid after decades of civil war – cannot afford.

West Africa, according to the research conducted by Frontiers in Marine Science, points out that fish stocks have declined, driven by over-exploitation, overcapacity, and illegal fishing